Twitter used to be a cool place to share your succinct thoughts. Now al-Shabab, the vicious Somali allies of al-Qaida, is using it as a propaganda venue.

HSMPress HSM Press
With the rising economic burden of operation Linda Nchi, the much-hyped #Kenyan invasion has faltered quite prematurely http://www.bbc.co.uk/news/world-africa-16077642
1 hour ago Favorite Retweet Reply »
HSMPress HSM Press
Sheikh Abu Mus'ab (Military Spokesman): "The Jihad being waged here in Somali shall continue untill the country is purified of all invaders"
3 hours ago Favorite Retweet Reply »
HSMPress HSM
7 Uganda-trained TFG soldiers surrender themselves to Mujahidin in #Mogadishu. They are welcomed after proclaiming repentance from apostasy

And we were led to believe fundamentalist Islamists were anti-technology.

Just did a Whois check on the image 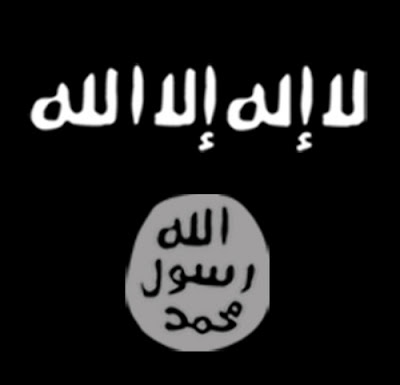 used on the twitter site and it resolves to Akamaihd.net which doesn't appear to be open. Whois details:

Just a hosting company by the looks of it. So when they say, "Meet the demands of the hyperconnected world and accelerate innovation" and "helping companies provide secure, high-performing user experiences to any device, anywhere" they also must mean to groups who their own government has listed as terrorist organisations! Great global uptake, just expect a friendly knock at the door from Homeland Security at some point.

They are reporting Kenyan air strikes and other battles this morning:


KDF must be Kenyan Defence Force.

Not sure of the validity of the twitter account, but Wired Magazine think it is legit. Wonder if the official "verified" badge will appear?

At present America military activity is active in Libya, Iraq, Afghanistan, Somalia, Uganda...and clearly planning to move into Iran. They have military bases throughout the world and are setting up a new one in Australia, This list is simply what I instantly recall and not the only places American military are active.

The American military are not solely killing innocent people; they are using depleted uranium in their artillery and therefore causing serious damage to generations of people. They are destroying people's homes lifestyles and whole cultures and citing fallacious reasons for doing so.

Someone is called a 'terrorist' and all dismiss him or her as barbaric; yet American military's behavior is more violent, more extensive, and more barbaric—they are killing more people than any 'terrorist' group in existence. They have the means to be more destructive while at the same time a good percentage of their population don’t have the means to afford their living costs without going into debt.

All this being said; America's behavior is also more condoned.

What are you complaining about this particular group for when this American military activity is going on in the world and gauging from a lot of learned analysis, is creating the ‘insecurity issues’ in the world?

I do not condone violence, whether the perpetrators are black or white skinned; 'Islamic' or 'Christian.' Poor or Rich. How about yourself?

Is it non violent to take away a person's livelihood, home, culture, destroy and poison their environment, kill or poison their families, and do so while only paying lip service to truth and diplomacy? Aren’t those who follow such activities part of the problem?

Can we have an intelligent discussion on the real state of affairs with regard to violence in our world, rather than cheap shots at 'easy targets'?

It's called in "pentagram" parlance
"FULL SPECTRUM DOMINANCE" A catchie wee phrase out of some military industrial think tank. Take your pick - there's enough of them.

With that many bases it's hard to see how Iran is the problem.