File under: Another thing Whaleoil predicted that didn't happen 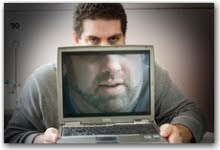 With such a failed track record, I can see why the mainstream media base so much of their ill-researched weekly news stories on Whaleoil's twitter feed.

PS - Trev, stop giving Cameron this attention, to quote Cam at his best, "never roll around in the mud with a pig". You may have 'won' a bloody bike race but you lost the war, Cam wins because you have wasted so much energy on mud wrestling with him.

The left are kidding themselves if they think Slater is stupid, he isn't, he's the best dog whistler the right have. Can we get back to how the National Party are crippling the welfare state and why we have 210 000 NZ children living in poverty while the richest 150 families increased their wealth by $7 billion, or does the NZ Herald want to run Cameron's latest leadership rumour regarding Phil Goff as gospel again?

Personally I'd prefer that we all ignored him

Cameron who? (No relation to The Doctor.)