Could a riot happen in NZ? 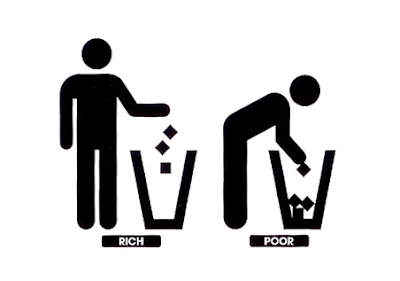 Seeing that social alienation and poverty create the conditions ripe for riot, shouldn't we in NZ reflect upon the draconian austerity measures our own Government are adopting?

Canterbury University academic Bronwyn Hayward believes the tensions igniting the UK are simmering here in NZ and Winston Peters goes two steps further and really drives the point home that our staggering youth unemployment rate is a genuine danger and breeding the ground in which these riots erupt.

The bennie bashing media this week attempted to convince NZers that most beneficiaries are frauds after Paula Bennett released figures claiming viscous new restrictions had caught many out as ineligible. What Paula doesn't acknowledge is that these new eligibility criteria are actually designed not to help people find work, they are simply there to throw as many off the benefit as possible while making those who are cut off invisible to official stats.

Paula is hiding the electorate of poverty, not alleviating it.

The Rugby World Cup has all the ingredients of a riot on Queen street brewing, especially after NZ Police have intimidated and harassed Mana Party members and Unite Union activists at home to try and discover any protest plans for the Rugby World Cup.

Heavy handed Police action mixing with angry political protests and drunken rugby fans against a setting of economic turmoil has all the potential of combustion.

The promise of democracy is that you can look into the face of your child and know they will get a better deal than you did. When democracy can't promise that because the economy has been crashed by corporate greed, people riot. It happened throughout the 1930's post the 1929 collapse and it's happening now.

You reap what you sow.

I get the impression that the NZ underclass is too downtrodden / laid back to riot. Also, the cops have succeeded in encouraging them to battle each other (for wearing red/blue and that sort of thing) and thus not trouble them.

The nearest you get to rioters in NZ are the overprivileged Otago engineering students. Go figure.

I wouldn't be surprised one little bit if some form of protest was organised during the Rugby World Cup - it would have the attention of millions of Kiwis, visitors and people overseas!

I think you mean those overprivileged Canterbury Students, Otago does not offer engineering.

Kiwi Riverman... protest during the world cup??? I'm in!

Have to say I think protest or riot during the world cup would be counter productive. Maybe a strike across all fast food chains and bars? But and highly visible protest is likely to make a lot of "Average Kiwi's" who may vote against a National Government feel it's not "good sport" to draw attention to our inadequacies while the worlds attention is on us. It may have the opposite to it's intended effect. After all, it's swing voters we need to inspire, not Brit's watching footage of the Rugby Word Cup.

Perhaps we could riot the day after the finals!

377DS: living in Vancouver,BC,Canada & our city having a riot on 15 June 2011 following game 7 of Stanley Cup Hockey finals, seriously affected world"perception" of how safe & polite our city really is.155,000 people in business & entertainment districts of downtown. about 450 police & 3 hrs.of mayhem & damage.Costs still being totaled.Three government reviews already. To many people & alcohol & age of people = disaster !

377DS: living in Vancouver,BC,Canada, our city also had riot on 15 June 2011, in game 7 of ice hockey Stanley Cup finals between Boston & Vancouver teams.155,000 people in business & entertainment district downtown.Hometeam lost, alcohol fueled youth with lots of on-lookers.took 3 hrs. & 900 police after to controo. damges still being totalled. three government reviews already & conclusion: amount of people + age + amount of alcohol usage = disaster ! we had ours at end of Cup run, you have yours at start.Be careful.Easy to loose it.