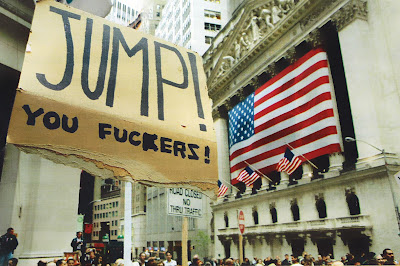 Our hungry kids: Hungry pupils 'need taxpayer help'
A Herald investigation shows many children are going to school unfed. We explore why, and what can be done. But a children's lobby group says New Zealanders should stop blaming the parents of hungry children and allow their tax money to be used to feed children in the poorest schools. In a report issued today, the Child Poverty Action Group says parents on benefits and in low-wage jobs cannot afford to feed their children well.

Helen Clark always said NZ was conservative with a little c, I've always believed that we are also redneck with a little r. The one type of redneck I despise above all are the Shire Volk. When Far right hate merchant and candidate for the racist ACT Party, Cathy Odgers describes the poor of NZ as the Pathetic Heaving Underclass while attempting to justify sterilization bonus programs for the poor, she is a Shire Volk, and nothing shows the depth of her delusion and spite towards the poor than her latest sad attempt to cleanse her extremist past than her extraordinary claim that it is in fact me who is to blame for the position those in poverty find themselves.

How this corporate lawyer finds the audacity each morning to blog about NZ when she doesn't actually pay tax here, well, she's like a leper judging a beauty contest isn't she?

Far right ACT candidate Cathy Odgers is as relevant to the debate on poverty as Alasdair Thompson is to gender equality.

According to CPAG, we have hundreds of thousands of Children living beneath the poverty line, not the poverty line Cathy writes about in the Asian world that is bereft of social welfare, the world she wants to drag NZ into, the world where economic Darwinism rules and exploitation is simply the free market at work, I'm talking the poverty line that a 1st World Nation recognizes.

If you listen to the arrogance of the Shire Volk talk about the poor and why they can't afford to feed their children in a recession this steep, with 5% inflation and a minimum wage that is a joke (note ACT and National want to re-implement youth rates), with welfare rates that are set 20% below the minimum nutritional requirement for an adult so that they are 'hungry' for work, when you listen to the banality of the Shire Volk in passing judgement on the poor you are reminded of the Herman Melville quote...

"Of all the preposterous assumptions of humanity over humanity, nothing exceeds most of the criticisms made on the habits of the poor by the well housed, well warmed and well fed."

...what a rich corporate lawyer like Odgers has to say about poverty isn't worth spit. Why should the poorest members of our society pay for an economic recession they had no hand in making? It was Cathy's wealth class who exhibited such corporate greed that made Wall St a rigged Casino. How many of the heaving pathetic underclass that Cathy so detests were on the phone to their Wall St brokers in 2007/2008 buying lite crude in Euros and speculating on the Goldman Sachs derivatives market?

In the words of Scribe, not many if any.

What Cathy Odgers, what John Key, what Paul Henry, what Michael Laws, what Alasdair Thompson, what all the Shire Volk have misjudged is the egalitarian nature of New Zealanders. A Capital Gains Tax is not the bogeyman they and their wealth class are attempting to spin it as, New Zealanders accept their social obligations because those obligations have been forged in fires far deeper than their multi-millionaire pockets.

On the battlefields where New Zealand's honor was tested, when the rich and the poor of New Zealand stood shoulder to shoulder and held the line - where the responsibility of democracy was equally shared, so to THEY decided will the fruits of that democracy be equally shared.

Our redistributive tax system that is the backbone of our egalitarianism can not be easily swayed by the vacant optimism of the free market that so kindles the light in the eyes of our Shire Volk. We see the poverty, we see the need in our fellow citizen and we see the corporate welfare that has replaced social welfare.

Finding $20 million when this Government has handed out billions in corporate welfare to feed the poorest NZ children is a necessity, refusing to do so is ethically bankrupt.

This election will be for the ideological heart and soul of New Zealand, and come November we will see if those bonds of social obligation go beyond the empty aspiration of elites like Cathy Odgers.

I appreciate your lightness of touch when it comes to this important issue Bomber - keep it up!

As the CPAG media release says - the amount spent on the Gold Card would feed these kids breakfast. Why do we not regard our children with the same value we have for the over 65's?

I am a student and supervise a supermarket in Hamilton. Last night I had a man come in wanting a refund for baby goat formula which costs $39.99 a tin. He had no receipt and his story was sus.
I told him he could not have a cash refund with no receipt but could purchase items to the value of $39.99. Sending him on his way with his baby and 8 yr old son, I then got security to check the camera. Sure enough he came in with a tin of a different colour, put it on the shelf (it was empty) and grabbed the most expensive baby formula.

The police were called and he was booked in front of his 8yr old son and I felt rotten about it as I knew he was doing it to feed his kids. Sure enough he told the officers he could not afford food to feed his children.
His partner and two children followed their Dad in the cop car to the station.

There are so many people trying to steal from us that it has got to the point we cant just let the odd one or two go or we will have nothing left on the shelves. If I had of had some money in my own account I would of given it to him and told him I knew what he was doing but this was not the way to go about putting some food on the table.

Especially galling in light of the blog on Pundit today that suggests it is the venture capitalists (e.g Goldman Sachs) who are creating the famine in Africa by using food as a means to fatten their already bulging pockets. Morality? What's that?

Thanks, Bomber.
The point about the Shire Volk is that they are essentially seeking to disenfranchise The Other, in Cathy's case some undefined, amorphous group she calls "the poor". Who are the poor? We don't know until the Cathy's of the world define them. Another manifestation of this rubbish can be seen in the Rodger Kerr/Welfare Working Group message that the poor are too stupid to look after themselves so must be looked after by better people such as, well, them.
For these people, poor children, especially poor brown children, are merely collateral damage in a bigger war. The idea that they have rights under the UN Convention on the Rights of the Child - a convention New Zealand has signed up to - is irrelevant. But it will come back to bite them. It always does.