The hand that rocks the cradle: National Green Paper on children fails to deal with issues 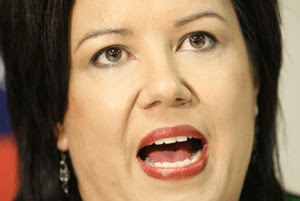 Green Party co-leader Metiria Turei's comments that the Government's release of a Green Paper on Vulnerable Children is a distraction from the urgent and pressing issues facing New Zealanders could not be more correct. The Green Paper is a discussion document, which is better described as a public relations pre-election exercise. The paper begins with opening letters from John Key and Paula Bennett. Key expounds that we should have solved all our problems with vulnerable children if "throwing money around was the solution", echoing talkback rhetoric.


If National were serious about helping children, they could address the following issues:

- Early Childhood Education: We currently spend 0.4% of our GDP on early childhood education, which puts us at no.19 in spending and well below countries such as Mexico and Portugal. National have slashed money out of early childhood education, which has left spending this year at 1% less than its prior rates, causing Paul Goulter from the New Zealand Educational Institute to accuse the Government of placing 'smoke and mirrors' to cover their lack of spending;

- The Government has come forward with $585 million as more funding for mental health, which the Green Paper identifies as making New Zealand youth vulnerable (mental health issues affect up to 1 in 5 New Zealanders). Yet Labour has highlighted that only $420 million of this is new spending, and $185 million comes from cuts in other parts. While the Government has not rolled out this initiative fully, which seems to be targeted at shifting 100,000 people off benefits (in particular those on sickness benefits), there is some confusion over what the programmes will look like, especially in the face of many services making extreme cuts. The Government has said that the cuts are not a national initiative. The Nelson-Malborough District Health board has slashed $1.51million from their funding, in a move that one NGO leader described as "being asked not only to cut our own throats, but others too". Capital and Coast for the Wellington region has said it is looking to cut $2 million in funding. Chief executive for umbrella mental health group Platform Marion Blake has said that these cuts will be nationwide across district health boards;
- Dunedin North Labour candidate David Clark has lodged an official information request in response to allegations that CYF frontline staff are being reduced in Southland;

- Kohanga reo - there has been the Waitangi Tribunal case against the Government for adopting contradictory policies that work against the ability of iwi to work with strengthening Maori children's participation;

- Looking at the economic effects of their policy. Economists are currently warning of the high dollar presenting even more challenges for the average family struggling with inflation in food prices. As Gareth Morgan warned on Campbell Live a week or so ago, Key is currently playing
"Russian Roulette" with the NZ economy. This will have an effect on stresses affecting families. A bad economy together with the gutting of social services does not make happy families.

The Green Paper is little more than Shipley's heavily critiqued Code of Social and Family Responsibility proposal: public relations spin. It pushes the emotive issue of vulnerable children, further playing into the usual suspects of stereotypes that Bennett and National have been quick to stir in attempting to attract votes (which so far include solo mothers, sickness beneficiaries and the idea that funding towards social services won't reduce the burdens on families or children). It raises recommendations that Labour has made, without actually doing anything about these. Key's foreword that it is not money that solves our problems should signal that National is going to be slow on the uptake for presenting options that do.

This is an election stunt, designed to show that National are doing things. Expect more releases of discussion papers in coming months - all talk but no action.

What a colossal waste of taxpayers money, and government resources...