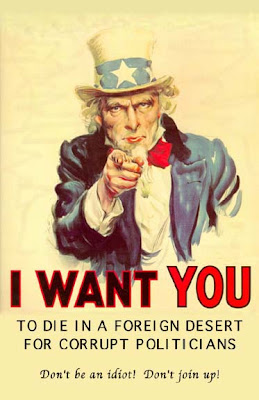 When there is such dissent building over the appointment of Jerry Mateparae, John Key knights Jerry for his services towards torturing civilians in Afghanistan.

It is questionable whether a former military man and the current spy boss should be appointed to the Governor-General in the first place, now there are the allegations that he helped find legal loopholes to hand over civilians to known torture units there must be an independent investigation, and knighting Gerry looks like an attempt at whitewashing his reputation in the light of those allegations.

As Keith Locke points out, that number of torture empowerment's has now jumped to 35...

Denials that our SAS troops could be handing Afghan prisoners over to torture are getting less and less credible.

The government claims that on joint operations with the Afghan Crisis Response Unit our boys don’t take any prisoners. Last year, when I asked the NZ Defence Force about this – during a Select Committee hearings – I was told the SAS had been “in the vicinity” on 22 joint operations when prisoners were taken. On May 3 Defence Minister Wayne Mapp told me in the House that there were now 24 occasions where our SAS had been “in support” when prisoners were taken. Four days later, in response to my Written Question (03022), he upped that figure to 35.

...so that's 35 separate times we have empowered torture to prop up a corrupt regime?

The Government keeps denying we need an independent inquiry to find out if we are actually handing civilians over to known torture units and if so, whether we have breached international law and if war crimes have been committed by NZ troops. Such allegations demand answers, and not just to those the Government write off as 'lefty liberals', increasingly many sections of NZ are angrily demanding to knowin the wake of the brilliant Metro article just what the hell our SAS are doing in this immoral war.

Knighting Mateparae while these torture allegations remain un-investigated, is not a good look.

So what if they've knighted him? What do knighthoods mean anyway? When you think about some of the political views of Sir Robert Muldoon, Sir Roger Douglas, Sir Michael Fowler, and Sir Colin Meads it actually seems appropriate that he's been knighted.

Just remember how much in good health he looked when being knighted and remember when he is being extradited to the Hague for war crimes how he will try and claim poor health as a reason not to be extradited.
I am happy for the Hague to investigate him if our government won't investigate its own abuses in this illegal war. After all, the perpetrator of these alledged crimes can't investigate itself for its crimes, so this needs to be investigated by an independent authority.

Fuk'n hell! the thing that strikes me is how UTTERLY and COMPLETLY silent all those Gossy GooGah right wing, doo whop diddy whah contributors are amongst this post.
Fuck this cyber space - I'd love to face them face to face (as in r.e.a.l t.i.m.e).
Quite like to have watched the investiture as well - along with the military wing (And the "Secret Intelligence Service") branch of th family.

Still.....Frank Bainimarama has his hopes up - why not Gerry.

This could eventually turn out to be the REASON NZ becomes a republic.