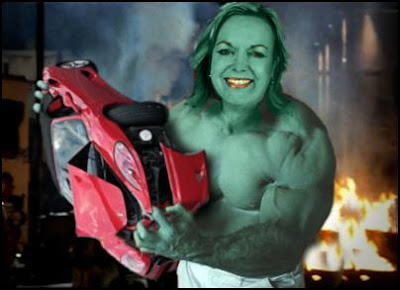 Judith Collins backs action on secret teen abortions
Police Minister Judith Collins has pledged to support a call for laws to prevent girls under 16 having abortions without their parents being told. Collins said she would support a private member's bill requiring parents to be involved before a termination could take place.

Just when you thought the right wing tsunami of attack politics was all out in the open, Crusher Collins announces a new attempt to crush women's rights to an abortion.

Not content to build a new corporate prison nation, she is attacking teenage women's rights to an abortion by demanding Parents must be informed before an abortion can be carried out.

What Crusher Collins is attempting to do here is dog whistle to the right wing fundy anti-abortion vote but the reality of her dog whistling will be to shut down abortions for young women because the confidentiality required for teenage women to come forward for help will be eliminated if those service providers are legally required to inform parents. This will mean that there can be no outreach to those young women in confidentiality

This is a blatant attack on the rights of women for dog whistle politics. It's ugly, it's unsafe and it's disgusting.

Crusher Collins should not be playing politics with the safety of young women, their wombs are not a political football for you to kick around Judith.