Why are we trading with China again? 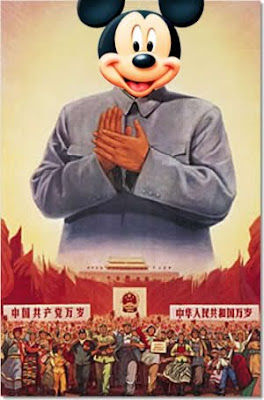 This month we had the NZ Herald softening NZ up for our new Chinese masters and we had Dame Jenny Shipley on Q+A intone that NZ just had to get over themselves and get to work with China. This media softening up is occurring right when the Government are quietly meeting with the giant Chinese energy company Qinghua Group who is in NZ looking at several billion-dollar projects across the South Island.

This is happening as the Government allow Solid Energy to build a massive lignite plant in Bill English's electorate, the very same lignite that Qinghua Group are currently assessing.

The Government are setting us up for a privatization of Solid Energy to the Chinese to dig up the dirtiest and most environmentally damaging coal. Not content to doom us to a 19th century energy policy, National would like a country that imprisons artists to have more influence in our economy.

So if everyone is over the let's-do-business-with-China shuffle, isn't it time to ask some hard questions about their human rights record in the light of mass arrests of Christians for merely worshipping on Easter?

China detains Protestant Shouwang devotees
At least 20 Chinese Protestants have been detained as they tried to gather for an Easter service in Beijing. The worshippers, from the Shouwang church, were trying to hold an outdoor service because they are prevented from using their own premises.
Police have recently arrested dozens of people from the church. The authorities have also been carrying out a wider suppression of dissent - harassing foreign reporters and detaining lawyers and activists.

I'm sorry Jenny? What were you saying mate? How we need to just do business with a regime that arrests artists and Christians? Speak up, you are the chairperson of the selling NZ to China committee, just run past us the whole justification for giving a totalitarian regime more influence in our country again?

National doesn't give rat's arse about human rights. They're on 50%+ in the polls. They have a free pass. They don't care. Their voters don't care. I don't think it needs to be any clearer: New Zealand is a "Don't know, don't care" corporatist state now. We have the near-monopoly of our media by foreign corporates to thank to for that.

No-one seems to care here in NZ what goes on for people in China anymore, so well done for speaking out. But what are you suggesting, that Western countries ought to refuse trade and any opportunity for Chinese to develop a moderately well-off standard of living until they've had a democratic revolution? What the govt does in China is horrible but I think things would be more horrible for the Chinese if the West isolated their govt like it does to Cuba and NK et al.

I agree that engagement with China is better than isolation, but it is a very difficult thing to reconcile. The problem is; thanks to Wall St and the failure of neo-liberalism, we're all going to China cap in hand, too scared and too weak and too in need of their economy to really truly push the human rights angle.

As for mining, I remember the West Coast forests and activists dangling from Beech trees helping motivate some of that apathy prior to Helen Clarks first term. A few bodies lying in front of Chinese tractors in Southland may finally stir some sentiment in the electorate?