National Party Father of all Budgets, and by the looks of it Dad is an angry drunk with a penchant for grievous bodily harm 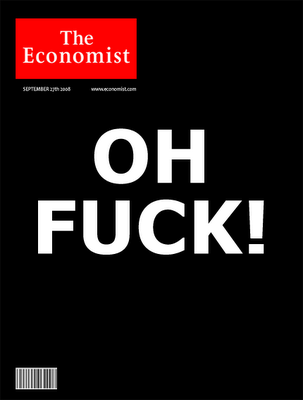 The National Party aren't even bothering to lie to us anymore about their wet dreams to slash public services by hiding the cuts behind the quake, now they just let Labour's super nova implosion distract media attention while they tell us all in passing that they intend to axe all services they deem non-essential.

Seeing as Key thinks people wouldn't die if he cut off their welfare and that the poor who need food parcels have themselves to blame, isn't leaving the axis of dribble in charge of pruning public services a little like Darren Hughes hosting a blue light disco?

How can we in the face of the worst recession since 1929 look to start cutting public services when the public desperately need those services?

If we are looking for things to cut, how about the $875 million on new frigate missiles? How bout less luxury BMW's? How bout those wealthy who have done so well from the tax cuts and the corporate business tax breaks pay some of it back?

Why is it always the weakest and most vulnerable in NZ who have to pay?

Politics can be a drag on the spirit so I've made some light acronyms to uplift ;-)

L.A.B.O.U.R. PARTY?
Left Agenda But Only Until Recess PARTY

This message has been brought to you by the NZAAAAAA.
New Zealand Association Against Acronym And Abbreviation Abuse