Despite earthquake, Key says he will push on with crippling welfare state 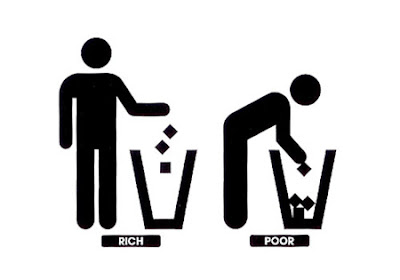 Despite the quake, John Key on Q+A yesterday on TVNZ said that he still intended to push ahead with the deep cuts to welfare, despite the counter productiveness of those Welfare cuts and the fact they are occurring in a 6.8% unemployment rate.

Where does a sickness beneficiary find work in Christchurch now Mr Key?

I think the violence and suddenness of these quakes provoke a revaluation and zeitgeist change in the mind of the public.
For me, the Christchurch Earthquake has made real in physical terms what the recession has been doing unseen for years. The me first and the gimmie, gimmie mantra of Key's vacant optimism of individual uber alles has been knocked off it's shiny aspirational perch by the grim reality of our fellow human beings hurt and dazed. NZers react angrily at what they perceive as state intervention in their lives directly, they look at the repeal of section 59 (which hasn't led to the mass criminalization of parents as the hysterical proclaimed) and perceived that as the state interfering in the role of the parent and child, but that doesn't mean as National has interpreted it that NZers don't want State intervention. We do look to the State to intervene for our collective benefit and the zeitgeist this quake has brought about is a reawakening of the strength of solidarity.

Where does a an out of work NZer find work in Christchurch now Mr Key?

What is the message here? Act of God, the Government will stand behind you, Act of Capitalism you get a Paula Bennett 'Yeah nah'?

In this new zeitgeist of solidarity, privatizing collective public assets and crippling the welfare state are not solutions, they start to look like the State abandoning its responsibilities when collective our need for those responsibilities are greatest.

Where does a solo mum find part time work in Christchurch when her child turns 3 now Mr Key?

Truly a visionary Prime Minister. i

If that vision is of burnt out husk of a country.

Thanks John, you're ace.

oh, im sure he'll be cutting supergold cards too wont he?

It now seems clear that National is following the Bush strategy of heaping debt on the state through tax cuts that aren't affordable, enriching those at the top and pouring a greater share what tax cash their is into crony-profits subsidised by user pays.

I have been saddened to hear this gentleman categorized alongside an innocent quadruped, personally I believe "keyhole" to be a more appropriate moniker...