Darren Hughes should have been stood down from Parliament immediately 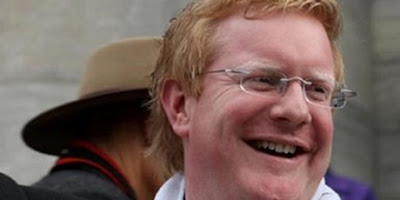 Mr Goff said Mr Hughes would remain in Parliament but he now expected the police inquiry to take longer than initially expected.

I'm afraid Darren Hughes is losing the scratch and sniff test for me. If it was a high ranking National Party MP who was caught with an 18 year old in his home at 2am when an allegation was made, we would be demanding accountability far more wide ranging than portfolio loss.

While we don't know the detail of the allegation, and everyone must be considered innocent before proven guilty, what we do know is a terrible lapse of judgement on the part of Darren. As a front bench member of a Political Party, inviting an 18 year old back to your house after a bout of late night drinking raises serious questions before the guilt or innocence of the allegations are even decided.

I say this as someone who respects Darren highly and as someone who is in no way a prude, what happens between consenting adults ain't no business of mine, but the power dynamics here between a first year Uni student and a high ranking former Minister of the Crown leaves a bad taste in everyones mouth.

Darren should have been stood down immediately once Phil Goff was aware of it.

I have respect for Darren's mana and political talents, hell I've even debated against him at David Shearer's celebrity debate (I didn't go drinking with him afterwards though) but inviting drunk 18 year olds back to your house at 2am is about as wise as allowing Charlie Sheen to look after your pets for a week.

It is a sad day for Darren personally and a difficult one for his friends, whanau and colleagues, but it is the 18 year old in this situation who deserves our concern and protection.

sorry i dont agree.....we dont know the situation yet...and im not willing to believe this 18 year old was going back to Darrens room to read passages from the bible....

He knew what he was heading for, but obviously couldn't handle big Darren.Goff should be off!