Cop didn't sit on his hands over child abuse tragedy in NZ, he sat on them in the Solomon Islands 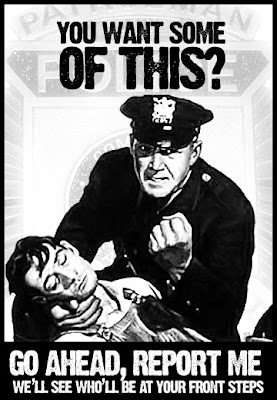 But speaking exclusively to Fairfax Media today, Marshall said the first he knew about the situation was in August 2006 when Detective Sergeant Tusha Penny came to see him. In November that year, Marshall was nominated for a job in the Solomon Islands and he packed up soon after.

Isn't this story incredible? Peter Marshall's counter to claims he sat on his hands over a back log of child abuse cases two years old is that he wasn't sitting on is hands in NZ, he was in fact sitting on his hands in the Solomon Islands. Note too the fact that Wairarapa's top detective lied through his teeth to his bosses by claiming that the child abuse cases had been followed up.

The Police must be thanking their lucky stars that the mainstream corporate media are so easily led to produce such light criticism of their incompetence at allowing child abuse cases to stack up in the way the Police Conduct Authority concludes.

Isn't it amazing? When a Child dies in NZ due to their Maori parents, the story can't get enough front page, which in turn leads to redneck talkback hosts going ballistic and justifies right wing bloggers promoting anti breeding campaigns, yet the Police know about un-investigated child abuse cases for two years and in the words of the Police Officer who finally went public...

"We put all our resources into the murder inquiries for these children when they get murdered, but when they're alive and we know they're at risk, often we don't have the resources to allocate to it,"

...there is the barest whimper from our mainstream media in criticising their blessed Police force. The message is clear, stories about Maori Parents who fulfill the racist stereotype of their viewers get as much air time as possible, stories questioning our beloved Police force by challenging them on lying to cover up their lack of investigation into 100 child abuse cases (not a whisper).

How much did these reports cost? Who wrote the first and second report? Are there any conflicts of interest the public should know about?