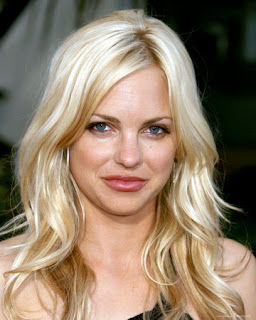 When John Key took the tourism portfolio, we presume it was so important to New Zealand that the Prime Minister, no less, would give it some moxie. So why buy a dog and bark?

Last week, Tourism New Zealand spokesman Ian Long made us look complete nincompoops when he launched a counter-attack - as the Herald on Sunday reported - on Hollywood actress Anna Faris.

Faris, a 34-year-old who is repeatedly listed as one of the world's 100 most beautiful, desirable and sexy women, and was named Cosmopolitan magazine's "Fun, Fearless, Female of the Year", lived in Auckland last year while filming Yogi Bear.

Deborah Coddington is spot on the mark here in terms of highlighting the inappropriateness of Tourism NZ spokesperson Ian Long's remarks here on Anna Faris. Faris said she had been harassed by drunken men. Long's response to her televised remarks was "In the same segment, she accepts an award for being a pothead stoner of the year and she's quite clearly had a few. I don't think she has any credibility."

While most of the responses have been oriented towards an analysis of what Kiwi blokes are like, the key point of this opinion blog is a good question: why are people who represent our tourism body attacking individuals over talking about sexism in our country? Should representatives of a government department promoting tourism be engaging in personal attacks? Regardless of your opinion on gender relations here, is this a good public relations strategy? Should Long be able to distinguish between an actress and the movie roles they play? Is this professional behaviour?

Tourism NZ have responded to the Herald here:

The article inferred that Tourism New Zealand made a personal attack on the actress and her experiences in New Zealand. In our conversation with the reporter, the credibility of the talk show interview was questioned, not the individual's character or the views expressed by her. Our official statement to your paper following the discussion focused solely on overseas visitors' satisfaction of a holiday in New Zealand.

Someone please sort out the PR strategy at Tourism NZ - this is ridiculous.

It should get its message straight.
Come to NZ, mean, racist and sexist.

Wasnt this weeks ago?

On a US talk show Ms Faris spoke about disrespectful behaviour she experienced during her stay in New Zealand and as a consequence her impression of New Zealand men is, to say the least, poor.