The 5 things the NZ Wikileaks cables tell us 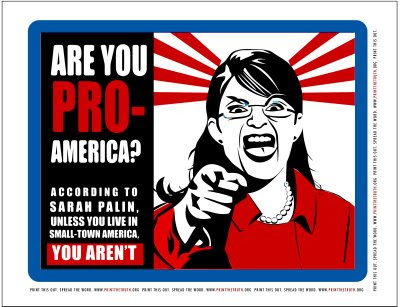 1: Best Friends Forever
So it turns out that NZ and America have been secretly best friends forever and have resumed full intelligence links by re-friending each other on the CIA's Facebook, yet they both acknowledge that they should keep this secret from the people who fund all of this, us the citizens. Apparently knowing that we are America's booty call again is a national security issue which demands secrecy. What it really sounds like though is that America is two timing us and probably secretly seeing Australia as well. Oprah could be a thank you for a decade of tireless toadying.

2: Key redefines pro-America
It turns out John Key is so pro USA that he wants NZ to be the 52nd state of America, Israel being the 51st state. John Key loves America so much that the CIA's code name for him is Fluffer.

3: Chris Finlayson's back door
It turns out Chris Finlayson, The current Attorney General recommended that National should change the law on nuclear ships right after National get elected and then not ask any ships to come for three years. It's like passing Gay marriage while putting off any weddings for three years. Rather than confirm or deny, Chris is noncommittal and emotionally unavailable. Nice to see the main plank of our nuclear free national sense of independence is up for grabs whenever Chris thinks he can slide it past the honeymoon phase of an electoral win. Gone by lunchtime would become gone by brunchtime.

4: Expanding Fox News into NZ
America has been paying our top Journalists to fly to the US for free re-education classes to help them be fair and balanced like Fox News when it comes on reporting on America.

5: No terrorists
It turns out based on US intelligence that there are No terrorists in NZ. let me just repeat that as John Key rams through new secret powers for the SIS, there are according to the United States, no terrorists in NZ. How few terrorists do we have here? Last week NZ Police mistakenly arrested an Israeli tourist for praying, that's how hard up for terrorists we are in this country.

Brothers and sisters, isn't it funny that right when the State wants more powers to encroach on us, they want to hide what the are doing? That the Individual must accept police having the power to spy on us in our homes without a warrant, yet the State demands utter secrecy in everything they do. That we, the citizens must allow the State to pry into our lives when the State is cloaking itself in secrecy. Shouldn't it be the other way around? Shouldn't the individual receive more protections and the power of the state be curtailed or is it that kind of talk that gets one a warrentless search from the Secret Intelligence Service?