When will Don Brash claim Vikings settled NZ before Maori? 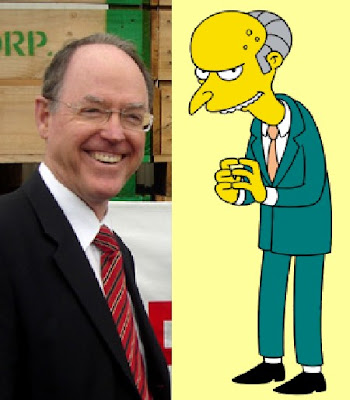 Brash attacks Maori - again
Former National leader Don Brash attacked Maori in a provocative speech to party faithful at Orewa last night - returning to the issues that propelled him to the leadership six years ago.

Titled Return to Orewa, Brash said Maori have no special rights and there was no grounds for a separate Maori political party.

He also attacked National's economic performance and criticised what he said was high spending, over-regulation and a refusal to back down on a number of Labour-led policies.

Political scientist Bryce Edwards said the speech was remarkable and an attack on Prime Minister John Key. It represented a split between the National moderates and radicals.

Yawn, Brash is giving Maori's the bash again and attacking John Key. I love watching rednecks turn on eachother. When will Don Brash just come out as some on the right have and claim that the Vikings actually settled NZ meaning Maori have no special customary rights whatsoever because the rabid right are mixing 'Global warming is a hoax' and 'Maaaaaaaaaaaori get too much' with a splash of 'the Celts settled NZ before Maori did'.

Right wing crazy Muriel Newman thinks Celts being here first is important enough to have it's own 'pre-Maori history' forum discussion board on her New Zealand Centre for Political Research site.

Muriel also refers to Martin Doutre as an "expert" in pre-Maori history. Doutre is an "archeo-astronomer" who believes that Mt Wellington is a primitive observatory used by pre-Maori settlers. His website is here:.

Interestingly the commenters on the "pre-Maori history" forum thread are many of the same ones commenting on the Foreshore and Seabed thread on NZCPR's website.

ACT's 'global warming denial' added with Muriel's' Vikings settled NZ' nonsense adds up to Don Brash's 'Maaaaaaaaaaaaaori get too much'.

I love it when the right wing all sing in tune.

He also attacked Nationals economic performance and criticised what he said was high spending, over-regulation and a refusal to back down on a number of Labour-led policies.

"The central bank/government must guard against the danger that the necessary measures in a period of crises could evolve into a dependency as conditions return to normal."

Uhhh... I believe he was attacking the idea of a Maori only party. Not Maori in general.

CAN'T GET INTEREST FREE STUDENT LOANS OR WORKING FOR FAMILIES?

It does not matter who was first here anyway. What people want is a fair society with equal rights for all citizens.
As far as manmade global warming goes why don't you put up the proof or a link to it? You can't because there isn't any. Take out all the adjustments to the actual readings and there isn't any "unnatural" warming.