Does the Sensible Sentencing Trust get funding from private prisons or not? 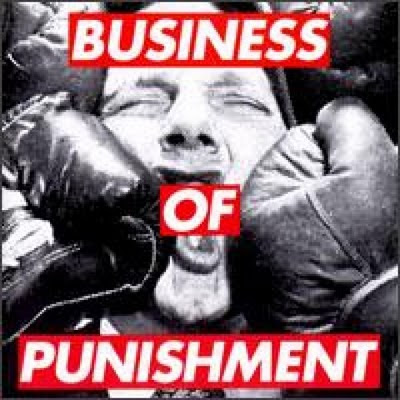 McVicar criticised over attack on police commissioner
Labour MP Clayton Cosgrove this morning condemned McVicar for what he said amounted to a ''crass and insensitive attack'' on Broad.

Cosgrove said McVicar's attack, which was over comments about rethinking who is sent to prison, were unbelievable given what police were going through following the tragedy at the Pike River coal mine.

McVicar yesterday said Broad should resign immediately over his comments to MPs at parliament on Wednesday. At a select committee hearing, Broad indicated police were trying to prevent crime rather than focus solely on prosecuting.

At the hearing, Broad said there was a growing number of people wondering if sending more people to prison was ''the correct way to go'' and that the ''traditional model of policing'' had ''delivered an absolute wave of criminals'' in to the justice system.

So our top cop questions our prison nation mentality as we throw more and more NZers into the private prison industry National and ACT have created and the Sensible Sentencing Lynch Mob leader demands the resignation of our top cop???

Does the Sensible Sentencing Trust take money from the private prison industry or not?

We know that The GEO Group who are pitching here in NZ are major finders of the American Legislative Exchange Council (ALEC), a Washington, D.C. think tank that lobbies for tough-on-crime legislation and free-market principles such as privatization. These think tanks whip up the public debate to scream pitch and the kneejerk politicians do the rest. In NZ, the Sensible Sentencing Trust refuses to disclose who funds them, GEO fund these groups overseas, do they do it here? Has the Sensible Sentencing Trust been funded by GEO to push for longer sentences because the only people who really benefit from the 3 strikes locked up forever raw meat law and order policy that was hypocritically rammed through by the Sensible Sentencing Trusts David Garrett is the private prisons about to pick up the contracts to our ever increasing incarceration rate.

American company Wackenhut (whose subsidiary ran the Auckland Central Remand prison until 2000) was stripped of contracts to run prisons in Texas and Louisiana in 1999, after accusations it had mistreated prisoners and tried to maximise profits at the expense of drug rehabilitation, counselling and literacy programmes.

In Australia, where about 17 per cent of the prison population is held in private facilities, the Victorian Government took back public control of the Metro Women's Correctional Centre in 2000 after an inquiry found widespread drug use, deaths in custody, poor training and cover-ups. But most studies paint a more mixed picture of private prisons.

Staffing in private prisons was 15 per cent lower than in public prisons, management information systems were less well organised and the number of major incidents higher. Private prisons also had a higher rate of assaults both on prisoners by other prisoners and prisoners against prison staff.
Is privatising jails really worth the risk?

The Sensible Sentencing Trust refuse to disclose who donates to them so we will never know if they are receiving funds from GEO, but shouldn't the mainstream media start to scrutinize who does actually fund the SST? How can McVicar get away with demanding the resignation of Howard Broad for merely questioning the prison nation McVicar's has helped construct via his hypercritical patsy David Garrett and yet no one scrutinize McVicar?

but shouldn't the mainstream media start to scrutinize who does actually fund the SUNDAY STAR TIMES?