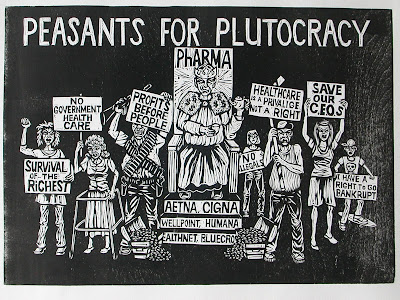 Editorial: Public loses in disgraceful spending law
Three years after the outcry at financial restrictions on independent electoral advertising, the Labour Party has got its way. National has folded on an issue it fought from Opposition, agreeing to restrictions that differ only by degree with the spending limits legislated by the Labour Government.

When Labour attempted to limit the ability of the rich to simply buy elections in NZ, the NZ Herald went as spastic as Whale oil on a meth bender. They would printed a list of every MP who had voted to limit the rich from buying the election claiming they were protecting 'free speech'.

Bullshit, the NZ Herald were doing their song and dance routine over the rights of 'paid speech' not free speech. Any limit on being able to advertise in the election hits the NZ Herald's bottom line, their profit margin. What the NZ Heralds campaign is all about is the right to advertise during an election so that he with the most cash wins.

The NZ Herald is arguing for plutocracy , not democracy and free speech isn't the same as paid speech. We should be thankful as a society that there are limits built into the election so that the rich can't buy the election and we should demand MORE restrictions to make the anonymous laundering of donations impossible.

Dont you restrict free speech in your comments policy? even DPF doesnt do that.

I don't understand why you lie anon troll, David was in the media talking about how he had to restrict free speech in his comments section, because people posted defamatory comments, I even discussed it on Radio NZ.

Do you posts anonymously so that you can never be challenged for your lies anon? That's silly when I have your isp address. I suppose you want the same anonymous ability when corporations donate politically don't you anon?