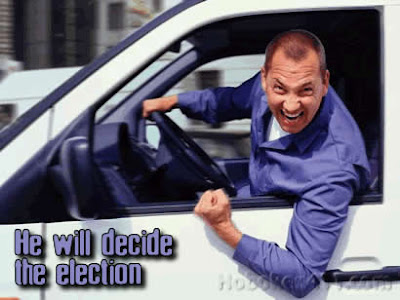 Don't you love the incredible double standards we have created in this country between young people and the wealthy old white folk? Last week ex-Cabinet minister Roger McClay was sentenced to 300 hours community service after he used his education and privilege to defraud charities like World Vision and Keep NZ Beautiful, the Court couldn't bend over fast enough to find excuses for Roger’s well planned greedy cheating but the Court couldn't find any excuses for Russian Orphan Andre Michael Schwaab who was sentenced to two years and 3 months in jail for a crime wave he instigated after a wild bout of burglary and stealing cars.

Thanks to the sensible sentencing lynch mob who scream ‘longer sentences, harder sentences, longer sentences, harder sentences’ every three seconds so that public debate on law and order is simply a baying scream for vengeance, we hate young people who commit crime and refuse to look at the cause of that crime. Andre Michael Schwaab was tied to a potty for the first two years of his life and denied any human contact by the nurses at the orphanage. This ballet dancing, clarinet playing 17 year old was shown no mercy by our system where as rich greedy Roger McClay was given a tiny slap on the hand and allowed to walk.

We have allowed hate and anger to warp social policy so badly justice is the last thing our system does now. Well done on being so easily manipulated by talkback kneejerks.

Bomber you should read the article, according to the facts he was constantly in trouble since he was 8 years old and this, some 9 years on is his first custodial sentence. That would indicate that the previous merciful treatment he has had at the hands of the youth court was an abject failure.

Don't get caught in emotion, jail eventually was the only place this young man would end up in and is the only way to stop him from continuing to create more victims.

Yes Mclay is a scumbag, but this would have been his first offence and the Judge would be bound by that fact.

Which is why we need more focus on employment, education and apprenticeships. It's a simple formula - People who feel they have a REAL chance do NOT go about committing crime. Desperate people do desperate acts. Simple. Health will improve with this too, less people sitting around developing sedentary related illnesses, less people getting into frustrated drunken brawls coming to ED, less alcohol consumed to escape reality. FFS it’s a solution that rolls over so many benefits to society ….. Less of our trained people fleeing the country and leaving their student debts behind … All the hot air from the political parties around election time about all the good they do and how we should feel proud to be NZers is nothing but bullshit to put us to sheep (Sleep) long enough to go tick their box. WAKE UP NZ !!! Demand firm action and commitments from the politicians, And if they don’t deliver, vote ‘em out !!! How many promises have been broken by the current government ? DON’T be bloody Sleep (Sheep) !!!

You want to know why they don’t invest in education and training schemes ? Cause educated people THINK, they make better decisions and demand better lifestyles. They demand more from the government of the times. Our children and grandchildren are being educated into “Mc jobs”, Want fries with that ?
Do you wonder why they moan and bash the beneficiary ? Because they want to cover the real agenda of creating cheaper labour. Their catch cry isn’t prosperity for all, NO !!! it’s just for the select few and bugger the rest of Ya… Now watch all the commie comments come out,,, predictable,,, I tell you what thou, it’s not a level playing field out there, we all know it, just those that claim it is are showing themselves up to be liars and devious B@sT@rDs. Those that don’t stand up now – Welcome back to the Feudal System ….

The greater point, surely, is that no one guilty of a property crime (aside from aggravated burglary, perhaps) should be sent to jail at all?

I'm sure both these offenders, in their own way, have much they could contribute to the community to repay it for their crimes and, perhaps, recompense their victims. Neither belongs in jail.

And, in the community, they'd both have access to whatever support (mandated in the sentence, if necessary) they are considered to need to rehabilitate.

I fear to think where the SST would eventually take us with willing help from the public, if they were given free reign. It would not be a pretty place for anybody.

What, campaigning for fiscal conservatism? What's wrong with that?

Given that we in New Zealand are such fervent disciples of the Washington Consensus, America serves as a potent warning and near parallel of where we're headed. Unfortunately we continue to miss the opportunity that our Antipodean timewarp gives us. Being at odds with 1% of the population having all of the power and capital does not constitute being a Communist, it is common sense and is essential if we don't want to live behind barbed wire with guns.

'...economist Raghuram Rajan (has a new book) called Fault Lines.
Raghuram Rajan has an extraordinary statistic. That if you look at the the growth in real incomes between 1976 and 2007, 58% of it went to the top 1%.

What, campaigning for fiscal conservatism? What's wrong with that?

This from a man who tries to post torture fantasies and suicide fantasies about me on this site. I love your sense of self moral worth Johnson.

Love the links AAMC, just what I am trying to say only much better.
Any more interesting links?