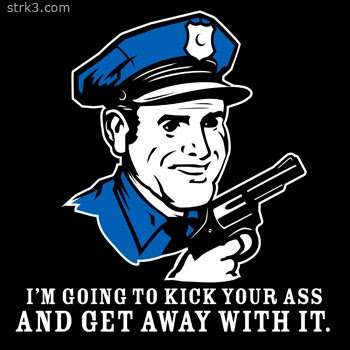 Police pair guilty of attacking students
A victim of two off-duty policemen yesterday found guilty of a drunken assault is calling for justice after their bid for a discharge without conviction. Auckland District Court Judge Heather Simpson yesterday rejected claims that former Auckland City constables Patrick Garty, 32, and Wiremu Bowers Rakatau, 21, acted in self-defence when they kicked and punched a group of students in March.

Well, well, well - it's been the news story that has just kept giving hasn't it folks? Three drunk off duty cops turn on a group of teenagers on my very own inner city street and bash the shit out of them, and it turns out one of the teenagers they beat up was a Detectives son - it just doesn't get any better than this folks. 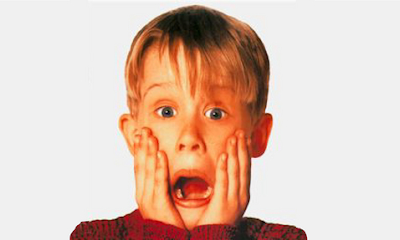 ...now the little pricks want to be discharged without conviction! Two of them are still with the NZ Police and the third is trying to get a job with the Australian Police - they beat the shit out of these kids, lied through their teeth with bullshit stories (I mean really boys, you've had since St Paddy's Day last year to get your lie right and you cocked it up, you were 'shadow boxing' were you princess? Like fuck mate) these drunk off duty alpha male dickhead cops followed the teens into Little High st, broke into their apartment foyer, beat the shit out of who they could grab and then lied through their teeth to try and hide their assaults - are these the people we want in the NZ Police force?

Look if they had all admitted they were drunk and aggro and wrongly took it out on these young guys and said sorry then we could move on and they could have a future in the Police, after all, we all make mistakes, but they didn't do that. Their arrogance has been the only thing on display during this case and now they want a discharge without conviction? How many other people could drunkenly break into anothers apartment foyer, bash them, claim they did nothing wrong and then demand a discharge without conviction?

The important lesson is let's keep the Police in their Police bars and NOT allow them to drink with the general public, we must protect the Public from these violent drunk dangerous Police officers, can we get the cops to protect us from the cops?

There's one more trial to go so we all get to relive the glee this story has provided. It ain't a good day for all those sheep in NZ who bleat that the NZ Police force wouldn't have butter melt in their mouths because they are so pure.

The important lesson is let's keep the Police in their Police bars and NOT allow them to drink with the general public, we must protect the Public from these violent drunk dangerous Police officers, can we get the cops to protect us from the cops?

Exactly how I feel about Maori.
Criminal race of people, overrepresented in crime stats, what we need are Maori only pubs where they can beat and kill each other while the rest of society gets on with life, protected from these violent, drunk sub-class.

Good to see we think the same about sections of our community bomber.

But Anon, that's just you base racism coming out with your hatred of Maori and describing them as a sub class isn't it? Because no one choses to be Maori (they are born Maori aren't they anon) where as people chose to be Police don't they Anon? You wouldn't be so silly to suggest a Police gene would you anon?

I'm really surprised in your rush to post your comment that you hadn't actually think through the comparison and understand how easily it would get kicked over. I'm glad you didn't post your name to the comment though because it would've been pretty embarrassing.

Enough time wasted on pointless anono -trolls, what about those cops getting done for assault and trying to lie about it huh? Hilarious stuff!

I can see why anon didnt use their name, what a dumbass redneck. Sounds like they hang out @ a certain cosmopolitan club that is still in the dark ages.

Lying Cops? nah, no lying cops in this country!

There is no depression in
New Zeaaaland