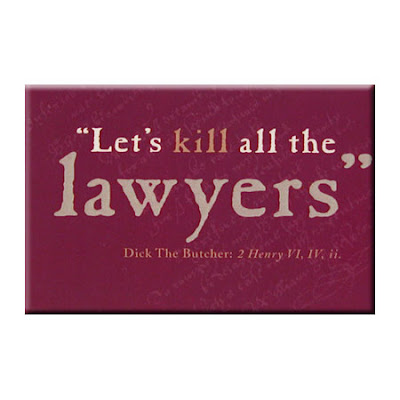 Barrister blasts Power and Bazley
An Auckland barrister has launched a scathing attack on Justice Minister Simon Power, including a dig at his inexperience as a lawyer. Charles Cato also criticised Dame Margaret Bazley's report on the legal aid system, saying politicians such as Mr Power were encouraging a public perception that defence lawyers should be regarded with disdain. He took the dig at Mr Power's short time in the law before entering politics, saying previous justice ministers Sir Douglas Graham and the late Dr Martyn Finlay, QC, "had practised law and in the courts [and] were more receptive to us than those who have not had that experience". Mr Cato said Dame Margaret's report did not show adequate respect for the relentless work of defence lawyers. He made the comments in a speech to the Criminal Bar Association which is published in the Auckland District Law Society's latest Law News newsletter.

Where is the evidence? Go through Bazely’s report and there is none to justify crucifying the independence of the Legal Aid system, why allow the Government to decide if you can have your defence funded? I only though Scott Watson could be found guilty on evidence as circumstantial as this.

Folks, this is the worst thing to happen to law, ever. Legal aid is deadly underfunded, and by removing the independence of legal aid, the State now decide which defence they will fund and which one they won’t. Remember the Ahmed Zaoui case? If it had been within the power of the Ministry of Justice, they would’ve cut legal aid funding immediately, and let’s not forget Ahmed Zaoui had all charges dropped against him.

Allowing the Government to be able to manipulate the funding of the defence cases against them is an outrage, and let’s be clear about the so called evidence that Bazely has used to claim 80% of the Manakau District Court are guilty of fraudulent behaviour. As Gordon Campbell over at Scoop rightfully points out, all her evidence is gossip, look at the report and it’s a mish mash of hear say and second hand reports, this is all the evidence required to take all the independence away from Legal Aid? I thought only Scott Watson could get convicted on such circumstantial evidence, I had no idea we could convict the entire legal profession on such pathetic evidence.

This ripping off of an independently funded legal aid system comes right when the Government is gearing up to throw more and more of us in prisons. While few were looking, National once again went into urgency and rammed through last week prison privatization & allowing prisoners to be held in Police cells for a few late night justice sessions.

10 of Britain's 11 private prisons rank in the bottom 25 per cent over there and the head of GEO, the private prison conglomerate was in NZ telling the select committee that private prisons won’t be cheaper. Yet National and ACT are allowing a McPrison industry to open here and profit from human misery.

It is time lawyers wised up to what National are trying to do here is actually in the worst interests of Justice and the sooner you join the Unions, the Teachers, ACC sexual abuse claimants, beneficiaries, environmentalists and the Public Service the sooner we can challenge this hard right Government.