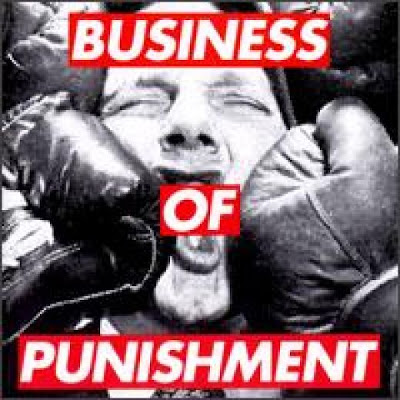 Jailed 'psychopaths' behind rise in attacks
Dangerous psychopaths are behind a near doubling of serious assaults on prison guards, says Corrections Department chief executive Barry Matthews. The increase in assaults emerged yesterday as the Government pressed through a bill under urgency to allow privately run prisons.

So was this the other piece of legislation the Nat’s wouldn’t declare before they entered urgency to ram through law minus any select committee oversight and minus any public scrutiny? Private Prisons will not work, here is the argument…

This article is so good at demolishing the Private Prison Debate, it requires a thorough blow by blow account…
Private prison companies dispute criticisms
The State should be responsible for prisoners not private companies, the Human Rights Commission said today.

The firm ran Auckland Central Remand Prison (ACRP) for five years until Labour won the 1999 election and refused to renew its contract.

Ms Noonan said protecting the rights of detainees was a key function of government and should not be contracted out.

"The management of prisons involves the exercise of some of the state's most coercive powers against individuals," the commission's submission said.

"There should be direct accountability for the exercise of such powers. A government department directly accountable to a minister provides the clearest accountability."

And this is the philosophical crux of private prisons, we should never hand over the full coercive power of the State to a mere company. Such power has to be unblinkingly monitored through the direct accountability of an MP responsible for prisons. Placing a company into that mix removes direct responsibility, not only allowing a company to have the full power of the state but profits from a motivation that can seriously damage the wider community. Rehabilitation isn’t in the private prison profit motive, paying victims rights groups large sums of cash to call for longer and longer sentences so that those prisoners are locked in for longer is where the Private Prison Company gets it’s profit.

If the bill was to go ahead the commission wanted its monitoring measures beefed up.

Recommendations included protecting staff from being sacked if they gave information to monitors and permitting prisoners to complain directly to monitors. Also prisons should be required to comply with international conventions around torture.

She called for willingness across parties not to make political capital out of the issue.

National and ACT started this raw meat circus where hate has warped social policy, and there is no sight yet that they are going to do anything to stop the prison population rise.

Catholic organisation Caritas was concerned problems in the United States' private prisons – such as beatings, rapes, suicides and other deaths in custody – would be repeated here.

It noted that in the US the same people running private prisons were also involved in lobbying government for longer sentences.

And isn’t it interesting that the Sensible Senetencing Trust WILL NOT release any information on their donors, they have been challenged to prove that they are not receiving money from the GEO Group and have refused to say outright that they are not.

He said he had listened to criticisms and said his company could only do what governments told it to.

"We are paid on a bed capacity. . . It's up to the state or government to fill those beds. There's no interest for me to have longer sentences or lesser sentences because I am getting paid for 500 beds."

OH COME ON! Does he really think his logic on this will convince NZers that the private prison industry isn’t in it for the money and want to lengthen the sentences? Listen to him, “We are paid on a bed capacity”, so what would happen if GEO built a 1000 bed prison, it would fill, pretending that he is ‘capped’ by current bed numbers to prove he doesn’t want to lengthen sentences is a joke.

And isn’t this the most damaging part so far, the head of the private prison industry telling us straight up that this isn’t the way to save money – THE MAIN REASON NATIONAL HAVE EMBARKED UPON THIS PRIVATIZATION OF PRISONS – and the head tells us that won’t happen.

What? Mixed economy? Is that the fucking best they’ve got? We should have a company take the rights off citizens and allow them to make profit from incarceration at the risk of their profit motivation sending us into a prison nation all for the none-definable reward of a ‘mixed economy’? Oh come on, someone paid for this guys airfare for crying out loud and that’s the best he’s got? Jesus mate did you come up with that in the taxi ride in? Oh the joy of a mixed economy, let us flutter in the memorial garden of Adam Smith, we have a mixed fucking economy. Mana from heaven brothers and sisters, there is no depression in NZ. Is he for real?

He said in NSW prisoners spent 30 per cent more time out of their cells than those in public prisons.

GEO was aware of problems in the US but said there was high awareness about issues in Australasia and the company had to protect its reputation so would not cut corners.

Oh he’s killing me, because their reputation in the US is shit, they’ll be real careful to treat us right? Who is believing this bullshit? They must know they have it in the bag to not even pretend to try and eliminate any of the criticisms thrown at them.

"The answer is you people. You people here are representing the New Zealand public and I'm sure the final legislation that is determined will ensure there is no avenue for those difficulties to occur here."

Oh my God, this guy is already shifting the blame to the Government before they’ve even started operations, showing they will duck and dodge everything, even the first law and order select committee meeting.

MPs asked about penalties for errors. Mr Bezuidenhout said in Queensland a death in custody, not from natural causes, resulted in $100,000 penalties.

Mr Karauria said in Auckland the prison was penalised $50,000 per escape and there were two in the five years the company ran the prison.

Great, fines work, put them on the Public service.

Labour's Rick Barker questioned about whether GEO would be open to being covered by the Official Information Act and be audited by the Auditor-General.

Mr Bezuidenhout said that was up to the Government.

"If the State determines, when you tender, that you will make everything available then so be it. . .I'm purely there to serve what the state tells me to do."

So we don’t even have it clear that there will be full transparency over the operation of Private prisons in NZ? Unbelievable.

Hate has become the main driver of prison policy in this country now, so much so this Government (who have done everything they can to play to the baying mob of anger) is looking to Private Prisons and shipping containers cells to contain the costs.

Private Prisons are the worst and most vicious example of a social system taken over by hatred, to allow a corporation the full power of holding another citizen against their will is a disgusting advance of corporate power over civilians. These Private Prisons are building an empire of suffering the results of which will seep poisonously back into society to choke our rage.

Barring capital punishment, incarceration is the most severe sanction the state can impose upon a citizen and should be properly administered. McPrisons in no way take this responsibility seriously. Private prisons serving beans on paper plates, run by police rejects and failed security guards really do indicate where the ship is headed.

ps I find most of the “anonymae” are a pest on this blog, a regular identity requirement would surely weed a few out?

So was this the other piece of legislation the Nat’s wouldn’t declare before they entered urgency to ram through law minus any select committee oversight and minus any public scrutiny?

No. It was a bill to give themselves an exemption from the RMA so they could use court cells as long-term prisons, in possible violation of the BORA and Convention Against Torture.

the sooner John key, Judith, Rodney and the sensible sentencing trust choke on their own vomit and die the bloody better.. they are disgusting little pigs determined to run this country to the ground,these people are ill informed and blind themselves to the academic evidence that is overwelmingly against privitisation of prisons.
The State of California has become so dependent on the prison industrial complex that if they attempted to get the numbers of prisoners down the entire economy of the state would collapse. therefore it is a constant vicious cycle of creating new laws to criminalise more of the population to their fill beds or invoke racist, mereitricious policies such as 3 strikes your out which imprison minority groups for non-violent offences.. it is not a solution to anything except imprisonment of your own population.. more individualistic, neo-liberal evilness that will be the end of all common decency..

"The Charities Commission has told the SST that its primary role appears to be political advocacy, and as such is not eligible to be officially recognised as a charity. Without charitable status, the SST would have to pay tax on donations received, and supporters' contributions would not be tax-deductible."

welcome to becoming like america new zealand, dont say you didnt ask for it in 5 or so years...'oh no, im going to jail for doing sweet fuck all, noone told me!...boo hoo hoo'

What about Nazi concentration camps or the political gulags of Cuba? Hardly the worst by any means.