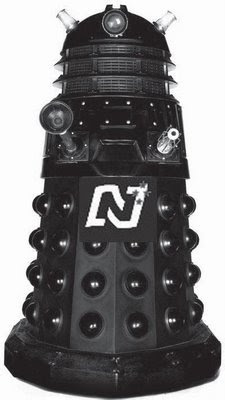 DADDY STATE ON THE RAMPAGE 3

The right wing apologists are in full voice on talkhate radio over the despicable move by the Police to forcibly remove your DNA based on mere arrest and in 2 years, based on mere fucking suspicion. The claim is if you have nothing to hide, you have no problems, this inane and stupid argument is made by people with little in the way of intellect.

See how these new expansion of what the Police can take your DNA for is so much wider than has been pretended?

You can take my DNA from my dead cold hands John Key. I will refuse to hand over my DNA, and I urge all NZers to point blank refuse to hand over their DNA. Make the pricks take it by force and then complain to the UN because this is a breach of our human rights, even National’s own Attorney General told them that.

The Maori party pointed it out yesterday…

Young men 'will fight back' against police, says Maori party

..and we should all adopt that approach.

Remember – this ill thought out bullshit was rammed through with zero oversight and zero public scrutiny, thanks to National abusing Parliamentary process again.

If you plant the seeds of a Police State, don’t be surprised when it starts growing. You have been conned and easily led once again.

Maybe you should get arrested on one of the proscribed charges and as a protect of civil disobedience refuse to give a sample. The only way to bring the issue to people's attention however is to be held in police custody - indefinately.

"..and we should all adopt that approach."

Why? Having a greater pool of sample will lead to more sounder convictions and the guilty rather than the innocent.