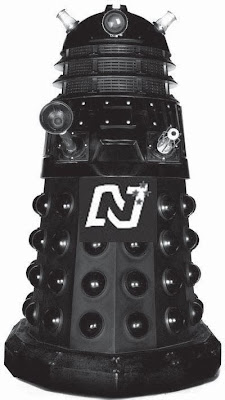 Tolley to meet school voucher pioneer
Education Minister Anne Tolley is meeting a controversial American schools leader who pioneered a scheme heralded by former US president George W. Bush. Tolley yesterday departed for a nine-day North American tour. While in the United States, Tolley said she would meet Michelle Rhee, the Washington DC Schools Chancellor. Rhee established an American-first "voucher programme" called the "Opportunity Scholarship" in Washington DC in 2004. A similar scheme already under way in New Zealand has been criticised for diverting money out of the public system and sending a message that private schools are better. The US scheme gave about 1900 pupils from low-income families up to $7500 to attend private schools of their choice, but the Obama Administration has limited future funding of Rhee's voucher scheme. Many Democrats and American teachers' unions claimed the voucher programme sucked taxpayer money from public schools, making it harder for them to serve any children well. Earlier this month, The Press revealed poor Kiwi families would be income-tested for the chance of "an enhanced educational opportunity" at private schools. Associate Education Minister Heather Roy said 250 low-income children would be offered independent school scholarships.

You’ve got to hand it to National, for a Political Party that got elected on ‘change’ with no actual definition of what that ‘change’ was going to be. The vast privatization blitzkrieg National have quietly been working on in the background is so offensive because National have no mandate for these great leaps backwards, it was this ideology that saw them in opposition for 3 terms. The neoliberal agenda of deregulation, tax cuts and privatization have failed globally and their zealous pursuit has been the reason why the International economy has fallen into the black hole of a great recession. Watching our multi-millionaire Mr Aspiration Optimist Prime soft sell the new National neoliberal agenda while pretending to ‘consult’ with NZ is a lesson in marketing spin that Hell Pizza could learn from.

So far National have ‘consulted’ on Climate Change and the Maori seats. While ‘consulting’ on these issues, the Nats have just gone ahead and implemented what they intended to do in the first place, there is no ‘consultation’ with National.

In the background we have these private consultants who have all hours access to Minister’s offices quietly working on the mass privatization of public services in NZ. We are seeing Ryall working on it in health and look at Tolley meeting the Dark Lord of the Sith in America for the insidious ‘voucher’ system. Tolley has brought the voucher system into NZ, why offer children from poor homes private school scholarships when that money should be going into making the public school system better? It’s elitist bullshit and a way to start education privatization in NZ under the guise of ‘helping the poor’.

Tolley - best Minster of Education since Merv the Swerve Wellington! Now that's going back a bit.

Time we had saluting the flag again, she's probably got that on the list too.

Sending the Deserving Poor to private schools - a rehash of the unlamented Shipley policy. But it worked for Michael Cullen, didn't it? Ranked high among the Christ's College old boys......

Never a dull moment with this lot. Keeps the Opposition on their toes, they should earn their salaries this week.

At it's peak the international/foreign student market was worth 3/4's of a billion in tuition fees to the universities alone.50,000 Chinese students made up a majority of students studying in Auckland at over 54%.The tax imposed by the Government on these students equalled $185.00 per student and amounted to a paltry total of $2-3 million dollars.Now debate has swirled around greedy landlords and property developers alot of them itinerant and based overseas.The university makes these swine look amateurish.Claw back the adverse affects on domestic students highlighted by Mallard and Maharey as potential risks in the strategy of 2001.Impose a quota on foreign students.Open entry back up to mature students.Then we will see true diversity in the student population, also another goal of the Government.

This is the latest thing we have on the sector.National identity is supposed to be promoted, not sold to the highest bidder!

Yes, can't be that radical. The Swedes eat their kids and sell them to slave keepers too. No point in having balanced policy debate when such an awful nation of people with chronic social problems implements policies successfully and with a consensus among all parties (except the former communists) to keep it.

GRIN - running the spin lines very early Scot, that IS efficient, the Swedes would be proud!

This is the latest thing we have on the sector.National identity is supposed to be promoted, not sold to the highest bidder!
Page 3, there are a great number of competing claims for the souls of 'our' foreign students from china, and maori are attempting to appropriate the export education industry as their own.Under NATIONAL IDENTITY it includes pride in who we are.The whole concept of the knowledge wave/economy it seems has just dawned on them as a potentially lucrative source of filthy lucre.The neoliberalism evident in all areas of education including more funding to private schools ($35 million) with no downward pressure on fees is appalling.This it is said will assist maori to collectivise and to maximise "assets" as the students are now called.They are mere chattels to the landed gentry in other words.This will come as something as a shock to them as they represent a challenge to the global hegemony of capitalism being from a communist country.Under national identity it also says we must address "diversity", for maori and pacific people only it would seem."OUR" ARTS, OUR CULTURE, OUR SPORTS AND MUSIC, AND OUR NATURAL ENVIRONMENT WHICH MAKES US A UNIQUE 'SELLING POINT' APPARENTLY, OUR HISTORY WHICH WE ARE RE-WRITING; ON OUR MAORI T.V AND RADIO, AND BELIEVE IT OR NOT; "OUR STANCE ON INTERNATIONAL ISSUES."

Sorry, I wasn't aware of a maori stance on the war of terror, (race to judgment zoher abdoolcarim;) yet the world has alerady gained from the obama candidacy , in one sense , and one sense alone, his skin colour does not matter; in asia it is virtually unthinkable that an individual from a minority could rise to become a serious national leader, for whatever we think about the handling of afghanistan and iraq and the financial meltdown it caused the fact that barack obama can overcome the disadvantages associated with his colour, ('that doesn't matter') and have a shot at the highest office in the land speaks volumes about the "possibility of hope" in america, that cannot be entertained here in a neoliberal meritocracy.

KEEP IT UP BEFORE THEY CUT ME OFF!

RADIO LIVE DEBATE ON AN UNDESERVING KAREN HAY GETTING THE FRANK SARGESON FELLOWSHIP AND PRODUCING NOTHING AT THE END.

RADIO LIVE.CO.NZ.AFTER THE AD'S OF COURSE...is the university too slack about its reputation, steve braunias did nothing as well...

libertyscott - you realise Sweden bans both the charging of "top-up" fees, and pupil selection, right?

The neoliberalism evident in giving more money to private schools in the multiple millions without any pressure from the government to reduce fees is wrong.

Patriotism is often defined as 'love of ones country'.Following the attacks on the twin towers on 9/11 new divisions emerged and the 2nd Bush presidency in an alliance with the anglo democratic tradition minus us a glaring omission created a willing coalition sent to die in the name of defending our values of freedom first and foremost!

Patriotic fervour served the needs to sell the war on a pack of lies and/or exaggerations.This was deemed sufficient to win the wars in afghanistan and iraq, whichever came first now I can't remember.As the casualties grew in numbers the support slowly dwindled and the public lost interest and so did the media.No one really wanted to help these countries on the path to peace and prosperity.Instead Amerika flooded them awash with cash.Green-backs by the pallet load alongside more guns and ammo saturated the population living without safety, a responsibility of the non-existent sovereign governments who had been replaced with a vacuum of power and control.

Our position wasn't so much ambivalent as non-aligned.We sent troops to both theatres of war in a supposedly peaceful context.No deaths so far in Bamiyan, a small miracle of sorts due directly to our prime ministers stance in opposition to Iraqs regime change.

What does this have to do with us?

Who do we usually send into battle.The natives!

The armed forces just under 15,000 are mostly maori.They would usually relish an opportunity for a scrap but have gone soft.Now they get others to do the hard work of fighting for them.The likes of our premiers go all out to protect them.Notice the reluctance to address the smacking referendum, a step to far for them since the supercity loss of face.Its all about mana we are told repeatedly of the stance taken to reject knighthoods but the rejector is related to the family we are told.True royalty and a blue blood tory to boot.

My grandfather tells me Tony Benn also rejected a knighthood and a peerage in the house of lords.No thanks he said, as he refused to walk slowly backwards and bow to the queen.She can't vote so she didn't elect me he said.

Finally we have a figure dollar wise for what the trains disruption from growth are costing Aucklanders.

$8000.00 a year instead of driving to and from school for trains that don't run on time to a reliable timetable.

"It would take him no more than half an hour to get to school by train."