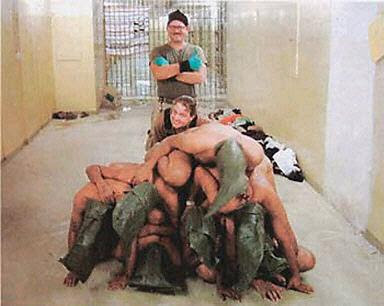 Freed Guantanamo prisoner alleges torture
A British resident held at Guantanamo Bay for more than four years has returned to Britain a free man and accused the US government of inflicting "medieval" torture on him – with British collusion.
Binyam Mohamed, an Ethiopian citizen with British residence, was returned on a charter flight after the US government agreed last week to a British request to free him. All charges against him were dropped and he was never tried.
He is the first Guantanamo Bay detainee to be freed since US President Barack Obama came to power with a pledge to shut the prison. Human rights groups say 241 Muslim detainees remain at the camp, including one other British resident.
Mohamed, 30, said he was "neither physically nor mentally capable" of facing the media after nearly seven years in captivity, but in a statement he denounced the US government.
"I have been through an experience that I never thought to encounter in my darkest nightmares," he said via his lawyers in a statement issued shortly before he stepped gingerly off an airplane at a British military airport looking thin and frail.
"Before this ordeal, 'torture' was an abstract word for me. I could never have imagined that I would be its victim. It is difficult for me to believe that I was abducted, hauled from one country to the next, and tortured in medieval ways – all orchestrated by the United States government," he said.

Wow, so this is what the West did to win the war on terror, torture and abuse to bring freedom and democracy, why it almost sounds like the crazy evil we were supposed to be fighting doesn’t it folks? What a sickening reminder of the hypocray of the West and the horror of the Bush years. When the West tortures, we lose all moral high ground to lecture the dictatorships we prop up to sell us cheap oil, oh wait, we don’t have any fucking moral leg to stand on do we.

Remember all those NZers who sprayed foam braying to join the war on terror, they’re pretty quiet these days. Are we fighting for freedom and democracy when we get into these wars, is Afghanistan really about freedom and democracy? I thought we were in Afghanistan because we were trying to find Osama Bin Laden, wasn’t Alexander the Great the last military leader to hold Afghanistan? Why do we think the West with it’s hands covered in the blood of civilians think it has the moral compass to decide for the people of Afghanistan?

We lost the war on terror a long time ago.

Great to see that Bomber, blogspheres Chamberlin of our times is speaking for us all.

This kid was 15yrs old when originally picked up.

A child soldier, if guilty of anything. What was his reported crime? Wrong Passport. Pakistans Cops aren't sweet guys, who knows what the motive was for this to go down, but being a refugee paints a target on him already.

JUst a quick correction to your first sentence. He wasn't returned to Britain a "free man", he was conveyed by police in a small jet and arrested by British Police on arrival. I rather think a free man would have been given a commercial ticket home rather than conveyed in a 'chartered' aircraft.

NOT that I endorse Guantanam for one heart-beat, but perhaps this story has yet to fully unfold.perhaps -

JUST LIKE MISTER SELWYN HE HAD HIS OWN PRIVATE JET TO WHISK HIM AROUND THE PLACE!

Saddam Husseins murder was a war crime, but Abu Musab Al Zarqawis execution was his own fault as he was a butcher, literally.Live by the sword, die by the sword.But someone should have told Bush, Blair, Howard; Ehud Olmert they are all war criminals and are going to jail!

The disproportionate retaliation by the Jews on Lebanon and Gaza for 9/11 was unjustified and a war crime.The 'jewish shit-kickers' like Tzipi Livni ex Mossad agent are now the attack dog of the States, and do all their dirty work for them at the end of a leash.

The new Gulf War was equally a one-sided slaughter his father started but would not or could not finish off.The term "War" hardly applies now as it is such an ongoing massacre of the innocents and has totally devastated and wrecked what is left of normal everyday Society.Bush may have committed gross human rights violations as a Sovereign head of state in the past few decades and he did help Saddam crush the Kurds uprising after the first Gulf War with the Presidents father the first Bush in the Oval offices approval after the war as he stood by and did nothing to prevent it, in fact some would say they encouraged an uprising because they couldn't finish him off then and there when they had the chance.With their Gas he was also free to commit more aggressive war-like atrocities against Iran even earlier than his intervention in the Kuwaiti Oilfields, a similar incursion by Bush in Iraq went unnoticed with the blessing of the weapons manufacturers in the West once again who supplied the arms to put down an Islamic revolution next door.However the heavy handed way "the peace" was controlled with the lies about weapons inspections and the strictly enforced U.N sanctions has meant that many Iraqis and their neighbours in the Middle East suffer the dire consequences of malnutrition and hardship especially the nearby neighbours in Palestine and in particular the Gaza Strip once again under Islamic rule.What has caused this spread of poverty in punishment for the ongoing Wars of the Bush political dynasty and their iron rule of Oligarchy over a so-called Middle Eastern tyrant just like Mubarak who locks up the opposition in Egypt where they are trying to appease the rowdy rock throwing neighbours now by securing the blown up border with the new fighting spirit to break free from a nightmare of being surrounded and fenced in like caged animals.The Palestinians lot.He may have held together for a while but Bush was as responsible as Israel for the awesome tragedy we witness on the evening news bulletins every night in Gaza and Lebanon which has become a home prison to break out of anyway you can thanks to Hamas freedom fighters.We are often witnesses to the bloodshed and carnage and wanton destruction through suicide bombing and roadside bombs as they are now called by troops in pointlessly armoured cars and 4 wheel drives blown up beyond recognition.For the Palestinian people the worst of all possible worlds has been realised from the illegal invasion and ongoing occupation by foreign powers close by as recorded recently of this War and its consequences by Hamas exiles.I am very critical of a form of green-zone inspired puppet-regime-politics after the illegal hanging of Saddam by Bush, Blair and Howard.They should be tried for murder in the Hague by the International Criminal Court along with the Israeli Prime Minister for his responsibility for 1200 civilian casualties in Lebanon.Washington, London and Canberra and Tel Aviv should have all been compelled to pursue diplomacy first and foremost instead of War which is illegal at the U.N.The U.N. Security Council which is in need of long overdue and relevant to the 21st Century reform washed its hands of Iraq and 2 separate Palestines just like it did for so long with the economic sanctions and cruel seige like mentality of the "Holy-Land" and they left it to the U.S. and U.K. and Israelis to go it alone in violation of the U.N. Charter to stop War.To put it in a broader context the U.N. became more obedient to Washington and London without more permanent members including Germany.The U.S indifference of U.N. instructions for peace and the U.S and Britain and Israels veto of Security Council resolutions.War with a stronger enemy the Muslim world should end today!

But someone should have told Bush, Blair, Howard; Ehud Olmert they are all war criminals and are going to jail.The disproportionate retaliation by the Jews on Lebanon and Gaza for 9/11 was unjustified and a war crime.The 'Jewish shit-kickers' like Tzipi Livni an ex-Mossad agent are now the attack dog of the States, and do all their dirty work for them at the end of a leash.I am very critical of a form of green-zone inspired puppet-regime-politics after the illegal hanging of Saddam by Bush, Blair and Howard.They should be tried for murder in the Hague by the International Criminal Court along with the Israeli Prime Minister for his responsibility for 1200 civilian casualties in Lebanon and 1300 in Gaza.Washington, London and Canberra and Tel Aviv should have all been compelled to pursue diplomacy first and foremost instead of War which is illegal at the U.N.The U.N. Security Council is in need of long overdue and relevant to the 21st Century reform.It washed its hands of Iraq and 2 separate Palestine's, Lebanon and Gaza.Like it did with the economic sanctions and cruel siege like mentality of the "Holy-Land".They left it to the U.S. and U.K. and Israel to go it alone in violation of the U.N. Charter to stop War.To put it in a broader context the U.N. became more obedient to Washington and London without more permanent members including Germany.The U.S indifference of U.N. instructions for peace.The U.S, Britain and Australia and Israeli veto of Security Council resolutions against war with a stronger enemy the Muslim world should end today.Our ongoing support for the other conflict by the western allies in Afghanistan and several rotations of troops now in their thousands shows that our National based Act and Maori party Coalition Government support the murderous and ongoing slaughter of so-called insurgent forces in the Middle East.Just like the last government before them.By supporting 150 troops at a cost of $41.5 million in Bamiyan province until September 2010.We are not neutral in this war at all like we like to think of ourselves as being.Bill Ralston also claims when he visited Washington he was told New Zealand efforts overseas, especially the use of the S.A.S, had been much appreciated by the Bush Administration and the Republican party in general.And like Willie Apiata; V.C, and his Aussie comrade who saved an interpreter they had decided to end the long standing dispute over our newly independent foreign policy.There is now a discernible sense of global energy shifting away from them alongside our departure for greener pastures elsewhere.We pride ourselves on human and welfare rights and a moral compass and neutrality in this War on Terror.We all pride ourselves on being anti-nuclear and peaceful.Australian Muslim critics of our racist government claims nothing could be further from the truth however.New Zealanders on talk back radio for example with Lindsay Perigo on Radio Live, and Bruce Russell after midnight on Newstalk ZB in particular are, addicted to stories of anti-Muslim stereotypes and ignorance; calling them "Islamic-Fascists".This is designed to promote fear of them and promote more racism against Chinese and Indians fleeing from a military coup and racial dictatorship next door in Fiji about which we have done nothing.Banning Fiji from the sevens would be a start.Furthermore, a NZ foreign minister was once the equivalent of Australian Pauline Hanson and has been found wanting at the ballot box attacking Asians and Indians and Refugees and Asylum seekers on hunger strikes, converting to Christianity and being gay and tearing up a false passport.The International Criminal Court , under international law, creating conditions which do not meet basic needs for the survival of civilians is a crime aginst humanity.

Idk, i think guantanamo should of stayed open. They wanna start stuff and bomb us, payback is hell. They were doing the same thing to the u.s. prisoners they captured. Guantanamo Bay shall rise again