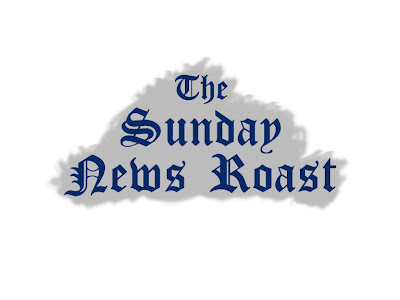 On the Sunday News Roast tonight at 7pm, Sky Digital 65, Alt Tvs News and weekend newspaper critique show that is Unfair & Unbalanced, THE SPIN STARTS HERE with the best political news team on television with your host Bomber and Phoebe Fletcher from the Auckland University Media Department, the last man to be convicted of sedition in NZ, Tim Selwyn, Political Editor of the NBR, Ben Thomas and Kevin List from Scoop.co.nz 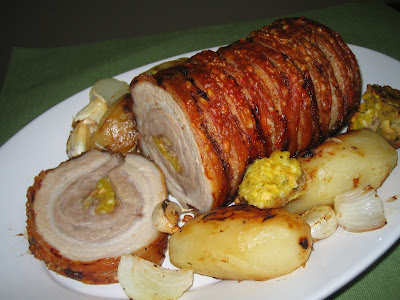 News that caught my eye this week
1: Story in the papers last weekend heaping praise on the advertising company that had come up with the TV series Mad man advertising campaign, it was remarkably favorable for a campaign that had managed to be offensive to women, homosexuals and Jews.

2: What is one to do with Mugabe? Isn’t it time to put pressure on China at the Olympics as they are one of the largest foreign aid doners to Zimbabwe and in 2008 are looking at $500 million in trade.

3: Arctic was predicted to be Ice free by the end of the century, then it was 2050, then 2030, then 2013, now it is predicted that it is a 50/50 call as to whether the Arctic will be Ice free THIS SUMMER! We are in total denial with the speed and consequences of global warming, add to peak oil prices heralding the end of the cheap oil era, and I’m seeing no leadership from either major political party. And what Hansen had to say this week...
"We're toast" is how a top NASA scientist describes the dire condition he predicts if the world doesn't get on a "very different path" regarding global warming.

Exactly 20 years after warning America about the phenomenon, James Hansen says the situation is so bad the world's only hope is drastic action.

Hansen has told a U.S. congressional panel the world has long passed the "dangerous level" for greenhouse gases in the atmosphere and needs to get back to 1988 levels.

He says Earth's atmosphere can only stay this loaded with man-made carbon dioxide for a couple more decades without changes such as mass extinction, ecosystem collapse and dramatic sea level rises.

4: The smacking referendum, National playing the democracy card, Family First playing the same game as Karl Rove used in 2004 for the Bush re-election.

5: Laws & Order- Michael Laws on gangs...
"There is only one way to deal with these petty terrorists. That is to outlaw gangs and provide police with the resources to crush them," he said. "If that involves bringing in the army, then so be it."
...John Key’s slip up on Breakfast with his claim that Prison is too soft, and his version of NZ history.

(and the fact that this week when Nelson Mandela turns 90, the US Senate just got around to taking him off the Terrorist List)

In the Weekend Newspapers with Ben Thomas, Political Editor of the NBR and Kevin List from Scoop.co.nz
STORY 1 – Nat's secret advisers accused of dirty tricks across Tasman - sst
JOHN KEY'S public image has been all about the self-made man. His success as National Party leader has been credited to his "quick political instincts", his "intuition", his "natural" and "spontaneous" character and his skill in "creating strong visual images that push all the right buttons".
Some journalists have asked: "Who is giving John Key all this good advice?" But they have merely been pointed to the crew in his parliamentary office. Asked last year if he was getting media training, Key replied: "No. Should I be? I guess there's part of me that says I've got my own natural personality and it's served me well over the last 45 years. I'm not convinced I should try and make myself into something that I'm not."
But Key has not been disclosing an important secret about his leadership: that each step of his campaign to become prime minister has been overseen and directed by the same professional manipulators used (and also kept secret) by his predecessor, Don Brash. They are the Australian political tacticians, Crosby/Textor. Their role advising Key is known to National Party staff, including some who are uneasy about Crosby/Textor's involvement, but has been kept secret from the public.

This is HUGE news, the dirty tactics team of Crosby and Textor have been involved in some of the dirtiest of tricks in recent democratic history, helping John Howard lie over the Tampa story, claiming Sue Robinson supported late term abortions, the Maaaaaaaori get too much campaign of Don Brash. John Key has taken them back on and look at the way Hagar shows their tactics up – the Hollow Men doco may have the impact National feared the Book didn’t.

“The techniques dig out feelings of prejudice, fear, selfishness and hostility and spread these ideas throughout society. The idea is that both the positive image building and attack lines will be repeated and repeated until they're echoed by talkback hosts and political columnists and start to sound like truth. The branding of Clark as "out of touch", for example, has gone from "embryonic" to widely repeated today.”

Three years ago National had a secret agenda to implement a radical right wing privatization agenda that National clearly hid from the electorate, we are 5 months out from an election and we still have no idea what National Party Policy actually is. Does a leopard change it’s spots?


STORY 2 – Why the Conchords really took flight - HOS
They're New Zealand's hottest international artists, have been nominated for an Emmy - and are now worth millions of dollars. But it appears a relatively paltry sum of $300,000 was the real reason TVNZ turned down comedy duo Flight of the Conchords four years ago. That much-criticised decision by TVNZ's commissioners led the Conchords, Wellingtonians Bret McKenzie and Jemaine Clement, to seek fame, fortune and their own show overseas.

Too many baby boomer sales managers are running programming in TV now so that it is safe and bland and the pressures of prime time mean no show can find their rhythm long enough to attract an audience that gets the audience numbers prime time demands. The only place that could act as an embryonic channel is C4, and they are getting over a million a year from NZ on Air to move away from music and play Battle Star Galactica, and Alt TV that makes more locally produced programmes than both major networks combined doesn’t get a cent!


STORY 3 – The truth about David and me – The Weekend Herald
Working with David, Michael Bassett's account of his part in the life of David Lange, comes heavily weighted with the trappings of scholarship, and its author hasn't stopped short of proclaiming his lingering affection for David in support of his claim to objectivity. Let's have none of that here. No, the first time I ever met Dr Michael Bassett I felt my flesh creep. It's plain from the book that I did a poor job of hiding it.

The book with the largest Yoko Ono complex ever published get’s a kicking from the women apparently responsible for the collapse of the Lange-Douglas relationship, for a book about remembering Lange it is only about resurrecting Douglas.

“Working with David does much to suggest that David hit the mark. The writing is purple, overheated, even foam-flecked. The method is unusual for a scholarly work. It starts with an idea or, more often, with a slur, and looks for facts which back it up. If the author can't find any facts, he makes something up.”


STORY 4 - Poll: Labour loses more ground in Auckland – The Weekend Herald
Labour's support in Auckland has dropped dramatically in the Herald's latest DigiPoll survey after a month in which violence in South Auckland and soaring petrol prices dominated the public's attention. The June Herald-DigiPoll shows Labour's support in Auckland has dropped to 28.2 per cent - 10 points down from last month when it was sitting on 38 per cent support. It is also well behind National, which 58 per cent of decided voters in Auckland supported. National also increased its nationwide support to 54.9 per cent - its highest level since the Herald-DigiPoll survey began - and widened the gap between the two parties from 15 points in May to 22.5 points this month. Labour's nationwide support has dropped four points since last month to 32.4 per cent, but the drubbing in Auckland - often described as the place elections are won and lost - will be of major concern for the party.

Are these Polls legit? They were wrong in predicting the result last time, aren’t people hurting in the pocket mainly from events beyond a Governments control leading to support of a Party that hasn’t even shown people what their policies are. Is it over for Labour?


FINAL WORD – Season two of Let’s be Frank starts on Tuesday with Oliver Driver talking to Haarmeet Sooden about 4 days inside an Israeli prison, this week saw Nandor step down from Parliament, he has been an amazing leader and was the face of the real change MMP brought about, the activist community desperately needs his leadership now he is free from the constraints of Politics. And finally I am stunned that those four Police were found not guilty in the pepper spray torture and cell black bashing of Rawiri Falwasser, get better work stories by beating an unarmed mentally ill man and get away with it AND they won’t even allow the media to see this action to judge for ourselves whether this was warranted or unwarranted.

The best thing that could have happened to FotC was to be turned down by TVNZ. Instead of settling for the cash and becoming 'famous in NZ' it meant they had to broaden their horizons and look overseas for funding. More artists should follow their example than hanging around the NZ on Air teet for falling scraps.