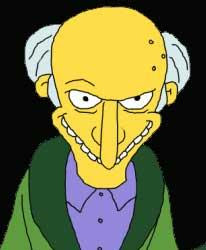 Alt Tv/Fleet FM Breakfast News Comment
Forget plan to sell assets, Grey Power tells National
Grey Power has warned the National Party it won't win next year's election if it intends selling state-owned assets. "Nobody will be naive enough to believe that this is not going to be a step to full privatisation," said Graham Stairmand, national president of the politically powerful organisation which represents pensioners. "This will seal the fate of the National Party ... Labour will be rubbing their hands with glee." The Government and other political parties have also criticised National since its deputy leader, Bill English, said at the weekend his party was looking at the partial sale of some state-owned enterprises (SOEs). He said a National-led government would favour a mixed ownership model and suggested selling 20 per cent of SOEs would give people good investment opportunities. Mr Stairmand said efficiencies had been promised when power companies were privatised but 15 years on consumers were struggling to pay their electricity bills. God bless grandpa and grandma, NZers still old enough to remember the lies of yesterday and all the bullshit promises we were given last time to the utopia NZ was supposed to become if we privatized. Of course the National supporting corporate mates who ‘anonymously’ donate large amounts of cash to National and who will magically end up benefiting from facilitating the sale to companies they have an interest in, will do all they can to get National in power to make sure they push their privatization agenda along, luckily we have Grey Power to remind us that the Utopia simply benefits the few, not the many.