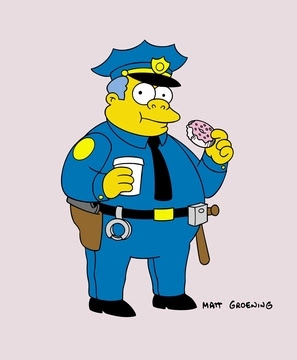 I’ve said it once, and I’ll keep saying it – we need an independent police complaints authority NOW!

No investigation into sex, drugs claims against police
Allegations that serving and former police officers were involved in crimes including rape and drug-taking will not be investigated by the Police Complaints Authority. The historic allegations came to light in an article published in Investigate magazine, which claimed that Dunedin police officers were involved in corruption, drug-taking, rape and child-sex rings. The magazine also revealed that a pornographic film involving bestiality with a chicken was screened in 1981 in the Dunedin home of Howard Broad, now the Commissioner of Police. Mr Broad has admitted the film was screened but said he was unaware it had happened until later. Police Complaints Authority head Justice Lowell Goddard, QC, said yesterday that no claims from the magazine required investigation or action by the authority without specific complaints. Deputy Commissioner of Police Lyn Provost said police had not received any claims about the allegations but would investigate any if they arose.

Thats right they never want to have to dish the dirt on them selves!

Because Wishart is a completely discredited nutter? And it was him that brought the movie, allegedly.

Now if the chicken could be found to give evidence?

i fully agree Bomber, i hate how women are portrayed like this especially during kids programmes and prime time tv, what kind of image are young boys going to have towards women as they grow older, we already have a massive problem with domestic and sexual abuse, adds like this one and that horrible primo add with the bikini clad girls on the moonhoppers will just worsen the problems

These cops sicken me with what they have done and still are doing (lets face facts, its still going on) imagine how many girls lives they have ruined all for their sick pleasure. i have no faith or trust in any male cops now

Why single out the police?

All government agencies look after the hand that feed them after all they want promotion and a long carrer.

They do nothing other than make cushy jobs for themselves and print pretty brochures.

I completely agree an indepedent police complaints agency is required.

If these allegations came from a reasonable source then they should be investigated as it stands no alleged victims have come forward, there is no hard evidence in fact there's no soft evidence. Why waste taxpayer money?