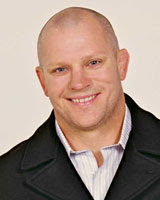 Only in NZ could we get ‘stars’ to come out and support the culture of child beating and it be reported as some type of ‘good’ thing for public debate – this nation is in deep denial about the intense violence we met out to children, that to watch ‘stars’ come out to support the culture of child beating churns the stomach. The repeal of section 59 would allow the mother who beat her kid with a horse whip to have been prosecuted, and perhaps may have prevented the latest allegation where the mother has been charged with hog tying, punching and kicking her other son. Those are the people you are protecting with you ‘stars’. Nice to see all those pro-smackers have someone as morally corrupt as ‘Bishop’ Brian Tamaki on their side, says a lot doesn’t it, the same tired conservative voices that have always cried out against human rights. Great.

Stars coming out to fight smacking bill
As the smacking debate returns for another round of argument, the opposition to the bill is bringing out its stars to win over the public. Next month, Green MP Sue Bradford's controversial bill - aimed at eliminating the defence of reasonable force in relation to assaults on children - will once more be debated in Parliament. Yesterday lobby group New Zealand Family Values In Jeopardy announced plans for a mass rally on Parliament's lawn on May 2. Speakers include Destiny Church Bishop Brian Tamaki, with former All Black and church member Mark "Bull" Allen officiating.