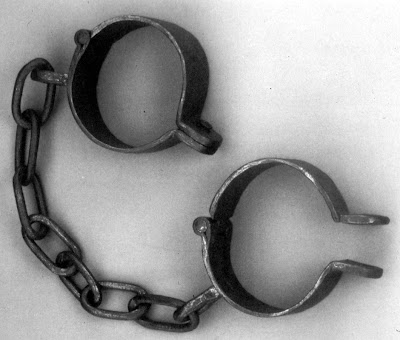 We like to think we have come far as a civilization. We are wrong, despite our insignificance to the planet (if you stood with your arms spread out to represent the life span of the 4 billion year old Earth, recorded history would be your fingernail), we haven’t really progressed very far in terms of the way we treat eachother. I found these stats on slavery very sobering

More slaves than ever despite world ban
Slavery is officially banned by all countries yet there are more slaves than ever before. Today there are an estimated 27 million slaves: people paid no money, locked away and controlled by violence. An estimated 218 million children are used for labour, United Nations Children's Fund Unicef says. Millions work in especially horrific circumstances, including the virtual slavery of bonded labour. An estimated 126 million children work in the worst forms of child labour - one in 12 of the world's children aged 5 to 17. Around 300,000 child soldiers, some younger than 10, are involved in more than 30 areas of conflict.