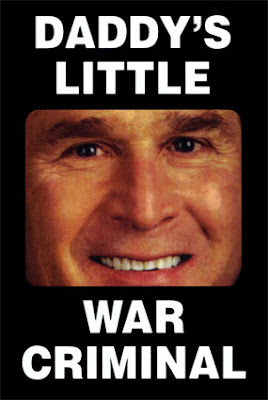 LOL – Hey remember all those right wingers who wanted us to get into Iraq? HAHAHAH, and remember how National and ACT wanted us to be in what amounts to the pack rape of Iraq because our ‘mates are going’ – no surprise that so many former cops went on to be National Party MPs is there?

I love how so many right wing voices only now quietly mutter what a great war this has turned out to be, no great apology from Kiwi Blog, no great climb down from ZB or Radio Live or Radio Pacific or the Herald, just quiet sweeps under the media carpet.

Well I don’t do sweeping under the carpet – here’s another great story from our beloved war for freedom and democracy from Iraq – proof that on top of the out right corruption of the virtual pillage of Iraqi resources comes news of jaw dropping incompetence. Electricity and oil and water supplies are now WORSE than when they were under Saddam. WORSE! Laugh with me folks, 655 000 Iraqis who are dead are, they are laughing and laughing and laughing. Of course they are dead, so the sound is a bit muffled coming from the grave, but shouldn’t we feel proud of the achievement towards democracy and freedom that Amerika has helped build.

Sabotage and scandal eat billions to rebuild Iraq
Even John Bolton, the neocon's neocon and former United States ambassador to the UN, now admits it. Mistakes were made in the aftermath of the invasion of Iraq. Not regime change - he is unrepentant about that - but what happened next. Some US$21 billion ($29.3 billion) in US reconstruction funds later, and despite President Bush's promises that the US would leave Iraq with a better infrastructure, the country produces less electricity and oil than it did before the invasion four years ago, according to the US special inspector-general for Iraq reconstruction (Sigir). Others go further than Bolton: it could never have gone to plan because there was no credible plan to reconstruct the country. Andy Bearpark, who worked for the Coalition Provisional Authority, which ran the country for a year after the war, says: "The problem was fatally flawed planning, that was then completely overtaken by the collapse of the security situation. The CPA drew up plans in the Baghdad green zone with little appreciation of practicalities out in the country." There have been scandals aplenty in the aftermath of the war. Barely had hostilities begun when it was revealed that contracts to rebuild the country's infrastructure were being handed out without competition to companies such as Bechtel and the Halliburton subsidiary Kellogg Brown and Root, both of which had close ties to the Bush Administration. Rosemary Hollis, head of research at the Royal Institute of International Affairs, says: "It is scandalous that what little infrastructure there was before the war was not salvaged and that reconstruction has been so poorly planned." Bearpark adds: "The real scandal is that the output from the money that has been spent on reconstruction is only a fraction of what the Iraqi people had a right to expect."

How does that explain the 'anfry muslims' who blew up the resort in Bali prior to the Iraq invasion? Not like its an aggressive religion or anything ay...

Have you not heard of Palestine?

Have you not heard of the million Iraqi killed by the sanctions?

Have you not heard of Chechnya?

Oh no, those righteous Christians firing depleted uranium all over Iraq have such good intentions!

How's about asking why them when an angry Muslim straps a bomb to themselves and kills 20 or 30 Arabs in a marketplace in Baghdad?

Which "Christians" are these anonymous 1? The same ones who saw hostages heads off, bury adulterous woman up to their chests and throw stones at their heads, kill people who draw cartoons about their paedophile prophet ... oh wait

Timothy McVeigh did a much better job than any Muslim in Baghdad did.

It turns out North Korea was pushed into making nukes based on badly manipulated intelligence as well.

Having said all that, it's no laughing matter, alot of people have died & forgetting any politics, that makes this damn serious, so get a life, grow up & realise this is no game.

Hahaha that might be those paedophile priests that we hear so much about!

The ones that the church do stuff all about!

Bomber: Those who support the Iraq war are still alive and kicking, in fact, I received a pleasant email just recently from a right-winger (whom I've never talked to) who clearly doesn't appreciate my politics. Neither is he a fan of yours. I'm actually tempted to paste the email here because it might shed some light on how they've shifted their position accordingly but remained true to defending the war. In other words, it was first about WMDs, and that didn't work out and then it became [insert whatever reason you can possibly imagine to legitimise an illegal war]. Ya know, the reasoning of the desperate.

Lol: You're not seriously implying that Christianity, Judaism or any ideology for that matter don't have their own extremism and can be manipulated to justify violence now are you? Come now, don't leave yourself in such a vulnerable predicament.