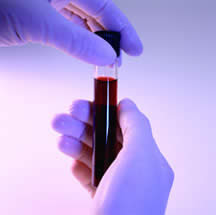 The $560 million contract for medical testing that the Auckland District Health Board had awarded to a company called Labtests has been thrown out by a High Court ruling that had been taken by the previous contract holder Diagnostic Medlab. The shocking thing about this case and the almost near silence from the mainstream media on it is that the Chief Executive of Labtests is Tony Bierre, who just happens to be on the Auckland District Health Board, which just happened to award the contract to Labtests. How the hell a man who is running the company who gets awarded a contract can also be involved in the decision making process is beyond me, the Court heard that Tony Bierre had been privy to information that helped shaped his proposal, such a conflict of interest is completely unacceptable, why isn’t the media demanding heads to roll? Is there a different kind of Auckland at play here? The Auckland business boards, all full of rich entrepreneurs ready to rip off the health bureaucracy – that’s not a story? We’ll get headlines about a no collar worker who steals $20 000 off social welfare, but when a white collar worker scams $560 million – it’s all a technical issue. Funny that.

Blood feud over lab testing
Competing companies could be forced to work together to provide medical testing for Auckland after the High Court scrapped a contract awarding the $560 million service to newcomer Labtests Auckland. Auckland District Health Board chief executive Garry Smith yesterday refused to rule out the possibility that the present provider, Diagnostic Medlab, and Labtests would have to share the testing work until a new tender could be awarded. Medlab's contract expires on June 30. "This is not an ideal situation," he said. "It is certainly not how we planned it to be." Justice Raynor Asher ruled the joint Auckland, Waitemata and Counties-Manukau district health boards did not conduct a fair tender process before awarding the contract to Labtests. He ruled that information acquired by Labtests chief executive Tony Bierre - an Auckland District Health Board member throughout the tender process - "greatly advantaged the Labtests bid and thereby damaged the integrity of the tendering process".

Maybe the media is keeping quiet because the crook has got mates in high places.

Lucky the schmuck didn't get away with it.

Yep it's been "buried" on the front page of the paper two days in a row.

Yep it's been "buried" on the front page of the paper two days in a row.

what that little spread, shit about channel one or prime even tv3 news.. shit i think that eggs inside an egg got more air time.


Na hes not a maaaaaarrrrii that why wont cover it...