Did it suddenly get cold in Wellington? 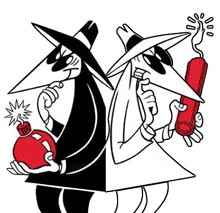 What the hell is the head of the CIA, Australian SIS, Australian SIO, the Canadian SIS, MI6 AND MI5 doing in Wellington? The official line is that they are all here to celebrate the NZ SIS’s 50th Birthday – who the fuck believes that? The entire english speaking Secret Intelligence community are all in NZ to celebrate our 50th Birthday of invading peoples privacy? Some of these bastards are the ones responsible for those secret CIA torture prisons, at the very least there should be mass protests against them being here – but I don’t for one second think that those people grouped together are here to celebrate 50 years of NZs piss poor intelligence community, and in fact this comes on the coat tails of previous high ranking military officials all just popping over to NZ for a chat, perhaps we are a safe nation because of the sheep like apathy of the majority of NZers making such meetings protest free? Surely some bugger in the media here are going to ask a lot more questions than are currently being asked, lots of journalists read this site – SOMEONE ASK!

Top spooks gather for secret celebration of SIS
The director of the CIA was one of the world's top spy chiefs who visited New Zealand this week to attended the secret celebrations of our Security Intelligence Service's 50th birthday.

CIA director General Michael Hayden along with spy chiefs from Australia, Britain and Canada were invited to the celebrations, The Dominion Post reported today.

A spokesman for SIS minister Helen Clark said the gathering was part of ongoing liaison between the New Zealand intelligence community and its international counterparts.

"In this case the catalyst has been the 50th anniversary of the New Zealand SIS and the heads of all counterpart agencies have been here," the spokesman said.

He would not give details of the talks or the celebrations.

Gen Hayden, former head of the US National Security Agency, was appointed as CIA director by president George Bush this year.

He arrived on Monday on a United States Air Force C-17 Globemaster jet, which flew out of Wellington Airport yesterday.

Others on the guest list included directors-general David Irvine of the Australian SIS, Paul O'Sullivan of the Australian Security Intelligence Organisation, Jim Judd of the Canadian SIS, John Scarlett of Britain's M16 and Dame Eliza Manningham-Buller of M15. 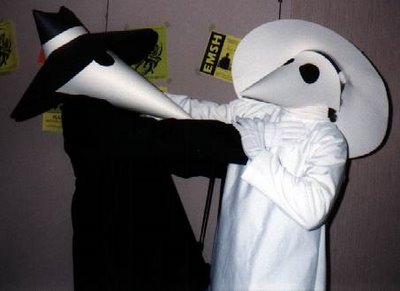 Is this the 'mystery US senior government official' whose plane landed in Wellington the other day?

Intelligence officiers carry out the policies set by the politicians - they implement as opposed to set policy. Sure, if dubya comes, protest. But I would imagine that such a visit is a diplomatic courtesy, the US intelligence agencies gain from the signals intelligence that NZ provides through the Echeloen network, and the invitation to come was accepted as an acknowledgement of this cooperation.

No doubt that whilst here the opportunity was taken to have some frank discussions, bilateral or otherwise, on various affairs.

Yep, thats right they are all a pack of bastards and we would be better off without any intelligence whatsoever. You are a paranoid dreamer who cant see past your coke bottle glasses! Intelligence is essential. And No- I don't think the torture etc is valid.

Get your tin foil hat on fat boy, they're after you, you and your amazingly subversive website!

I have a buddy in the SIS. I'll ply him with booze next time I see him, and try to find out what this meeting was all about.

"Intelligence is essential. And No- I don't think the torture etc is valid."

I think the point is for the media and protesters to draw attention to the visit to make sure the "essentail intelligence" doesn't suddenly include secret torture operations on our soil without us knowing about it. etc.etc. John Campbell made a good point of keeping us in the loop on tv last night.

From what I've heard, the CIA is riddled with Democrats anyway, and they don't care about making a Republican President look bad.

" now lets all play pin the tail on the donkey - where IS that photo of George Dubya ?"

Word in Wellington is that a well known university lecturer was seen boarding the C-17 when it departed. Calls to his office get a message saying that he is out of town, and the departmental office says that he is in the USA. Coincidence?

...
Couple of points to add -
Since when the hell did 'Word in Wellington' mean anything?

SDM - Stop being an apologist for the intelligence community Scott, after their WMD cock up AND the massive 9/11 cock up when officials were repeatedly told that the hijackings were about to occur, the Intelligence Community have little credit in the bank.

Oh and to the other brave anonymous posters, Intelligence is essential, but that argument doesn’t in any way defend the way these organizations have acted in the past, present or the foreseeable future. Oh and as for the tin foil hat comment, Anon if you honestly think that these heads of the English speaking secret intelligence world would all meet in Wellington for our piss poor secret intelligence service’s 50th birthday, then you are the conspiracy theorist.

The spook meeting used the SIS anniversary as a cover. The only invitees were members of the Echelon eavesdropping system and their analytic consumers. Had the SIS really thrown a party other liason partners such as the French and Germans, Sinpaoreans, etc would have been invited.

The reasons for such a small confab are classified but could have to do with a re-ordering of priorities in the SW Pacific due to the rising tide of instability witnessed in recent years, which invites the attention of external actors, both state and non-state, whose interests are not congruent with, and perhaps inimical to, those of the Echelon partners.

...
Does that mean that they are turning their attention to Indonesia and the Islamist movement there? Who do they see as the enemy? Is it to counter the Chionese expansion into the pacific? Why would so many meet at once? And does it show what little threat there is here if all the heads of the English speaking intelligence community can meet openly with no threat of attack?

Conspiracy Theorist?! *sniff sniff* I've been cast in with the likes of Nicky Hagar!

I think that there is reason to be concerned with Indonesia - issues to do with command and control structures in the military, and as such it would be expected that discussions would occur.

NZ is probably a pretty smart place to have such a discussion, there was a cover story "a birthday party" and we dont provide the intelligence community with the scrunity it deserves in NZ (except for my decidely average thesis lol). There has not been a significant dialogue on the role of NZ's intelligence post 9/11, and that is a shame

Those much-maligned people in these countries' various intelligence communites are keeping us safe. Countless islamic fundamentalist-based terrorist plots have been foiled since 9/11.

We certainly should have our eyes on Indonesia. They have committed some atrocities on their own people and the role Islam plays there is getting stronger all the time. If Australia was not allies with the US, they probably would have invaded years ago.

Why are they all meeting here though? Our region of the world is certainly one of the most harmonious and least threatened by terrorism, rogue states etc. but that actually may be why. Low profile.

The meetings likely focused on refining the division of labour with regards to intelligence-gathering and analysis in the region. There has been a lack of good proactive intelligence on the island states, and weak governance has attracted the interest of non-state actors looking for cover or front activities with which to cloak their true objectives. Also, the rise of a Chinese blue water presence in parallel with its growing economic presence would be of interest to the Echelon partners. It also shows that the intelligence-sharing arrangement NZ has with France in the SW`pacific is not working well, otherwise it would have been invited to share in the festivities.

Indonesia could be on the menu but this get-together probably had more to do with covering the intel hole that exists with regard to the smaller states in the region, and which until recently were of no strategic importance.

Indonesia is already well monitored by its closest Asian neighbours, all of whom feed intel to the West as a matter of course.