GUEST BLOG: Blinded by the right 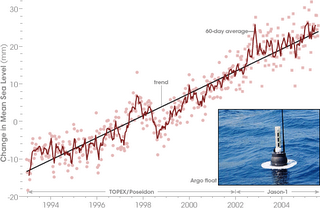 From this fascinating blog: Giordano Bruno

I don't normally read John Roughan as I don't suffer from constipation, but
he was yammering on about global warming in the Weakend Herald last weekend.

Despite the evidence, Roughan and many in the right wing mainstream media
still refuse to accept that the conclusions of cataclysmic rapid climate.
This is interesting because the right wing only five years ago refused to
accept the evidence that the planet was warming up in the first place, so I
suppose we should be thankful that they quietly accept that fact now.
However the right refuse to accept the conclusions of rapid global warming,
Roughan concludes his piece in the Weakend Herald with:
"Deep down we are still climate-change sceptics and the reason, I think, is the scale of it. Deep down we still believe the forces of nature are much bigger than us and ultimately self-correcting. Deep down we are probably right".
Well fuck it folks, screw the computer models, the widespread evidence and
scientific consensus, John Roughan, deep down doesn't believe it - case closed.

Well I'm not so sure there John, I mean deep down, I'm not so sure.
Roughan's argument is that yes things are warming up, but the consequences
are just too far out there for us to 'deep down' believe it. He cites the
changes we made as a global community to stop CFCs destroying the ozone
layer and points to that as proof that the planet can heal itself, and
insinuates that because the doomsday green brigade make the consequences of
global warming out to be so extreme, the public don't believe it and don't
bother.

Well, deep down John it doesn't matter what the hell you believe, mate and
blaming the green movement for pointing out the inconvenient truths of our
wasteful consumer culture powered by a capitalism that is driven to a level
of greed that borders on the pathological is akin to blaming the molested
child for ruining your dinner party with their bruised and raped body.

If I'm sounding angry here folks, it is because I am sick to death of the
denial perpetually passed off as informed opinion in this country. What
Roughan fails to understand is that there are environmental tipping points
that once breached only magnify the climate change beyond our civilisations
ability to adapt, and as each year passes, we get closer to those points.

One of these points is the warming of oceans. Organic matter flows into the
seas from rivers and gets broken down to frozen methane on the ocean floor.
As the seas warm, there becomes the real threat that frozen methane will
start to bubble to the surface which will begin a methane release chain
reaction with more and more methane going into the atmosphere, further
warming the seas, further releasing methane. This methane chain reaction
has occurred twice in the Earths history pushing temperatures 15degrees
above where they currently are. This would melt all ice on the planet,
causing massive desalination of the oceans which in turn would shut down
the heat transference currents from the tropics which in turn would lurch
the planet towards a new ice age as European water temperatures would
plummet suddenly. This sudden lurching from extreme heat to extreme cold
would make life difficult for any species, compounded by extreme and
intensified storms and unpredictable climate phenomena.

What Roughan fails to comprehend is how interconnected the global weather
system is, an interconnection we are only understanding now. As an example,
I will show how global warming in the Indian Ocean is killing coral reefs
and increasing expediential asthma rates in the Caribbean (you'll love
this). Global warming is increasing the water temperature of the Indian
Ocean, this is super charging the monsoon with extra water uptake, which in
turn is super charging the North Atlantic air current oscillations, which
in turn is scooping up massive amounts of sand from North African deserts
which is landing on the Caribbean, expedientialy increasing asthma rates
AND carrying a pathogen which is destroying the coral reefs.

But deep down, John Roughan doesn't believe any of this, he believes it is
a self-correcting problem the planet will solve on its own. I agree, sadly
though the self-correcting remedy the planet will undertake is a
cataclysmic cleansing of the two legged virus who created this illness in
the first place. Perhaps John's problem is that deep down he refuses to
accept his part in the problem.

"Deep down we still believe the forces of nature are much bigger than us and ultimately self-correcting."
Tell that to the people of Nauru John.

All these outcomes of doom are possible, even likely, Martyn. It's just that they have little to do with human intervention. We grossly overstate our influence. All the Kyoto Protocol's in world won't change the fact these are naturally occuring processes. That's the point many of us make but are drowned out by hippies like yourself predicting the EOTW.I'm somewhat surprised you're still using 'global warming' and not the new EcoNazi term 'climate change'. Change of course covers all bases. 'Warming' puts all your eggs in one basket. What if you're all wrong?

My impression of the article was quite different. I thought the point that Mr Roughan was making was about *why* there is no great worldwide drive towards reducing greenhouse emissions.

His point about CFCs was not that the "planet heals itself" but that when the world decided that CFCs were bad a thing we got our act together and there were blanket bans. Now look at Kyoto, it's a weak first step and and yet there is no real public drive to implement it. And by that I mean a level of drive comparable to CFC eradication or anti-whaling. Yet if we all believed the states were as high as you clearly believe they are then we should, rationally speaking, be far more concerned about Kyoto than we are about the whales. Yet we're not.

It isn't because he's uninformed or because he doesn't read the blogs you do with their nice graphs. He read 'The Weather Makers' which has graphs, maps, pictures, and oodles of well written scientific argument. Yet deep down he isn't convinced and neither are a lot of people worldwide. That is why Kyoto is struggling and why I thought it was a fairly insightful article (even if the conclusion depresses you).