The following Prime Minister served one year in prison for sedition as part of his anti-conscription activities during World War One. He then introduced conscription in World War Two and in his increasingly desperate second term marked by a repressive and conservative swing to the right forced through, and won, a referendum on introducing compulsory military training (peacetime conscription) - but he lost the election, because when all's said and done why would the electorate want a Tory government run by Labour against all it's principles when they can have a real deal Tory one without the hypocrisy.

Is it any wonder he is the Prime Minister most admired by Helen Clark? Does anyone really believe that this Labour government and Prime Minister will be any different? How sad that longevity of tenure and a fawning local media baldly overstating foreign affairs efficacy should warrant such praise as the subtitle below. 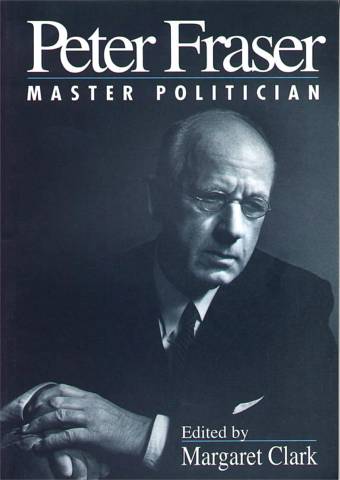 And the lies begin with the photoshopped cover.