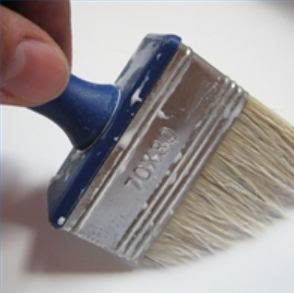 I would like to take a call on the housing situation in Tāmaki Makaurau in Auckland City. We have a desperate need for medium-priced and in some cases low-cost housing—a very acute housing shortage. One of the activities we have got in place at this time is the Tāmaki Transformation Programme. Tāmaki is a central eastern suburb of Auckland City, and the project, basically, is to remove old Housing New Zealand Corporation housing—take it out—put in new housing there, make more houses available, and move other people in amongst the suburb. It is based around Glen Innes township, and there are two marae operating in that area. What has happened is there have been quite a lot of protests about this project.

I would just like to acknowledge that Housing New Zealand Corporation has taken every step possible to communicate the process, and the people on the ground I have met with are doing a very good job. However, when you take away houses from a community, and when you bring new people in to be dispersed among them, you actually interrupt a society and a community.

As a result, there has been widespread protest, and a number of us local MPs in Auckland have attended some; I have attended all of these protests. They are pretty vigorous, and are aimed at MPs, councillors, and so on. However, they got so political that they conjured up a sort of fear amongst many of the residents about coming forward and stating their wishes to the Housing New Zealand Corporation about what they would like to do, whether they would like to move, stay, or have their house mended, repaired, or whatever.

As a result, the protests got pretty hot and you ended up with people lying under the truck wheels that were shifting buildings, one woman ended up in hospital, and stuff like that. But the reality is that a lot of people did not come forward to say that they wanted to shift, because they were scared of the protest movement. So I think we have got to think about this when we do a mass project in a community, because what you are actually doing is you are interrupting the sports club, the kura kaupapa Māori, the marae, the bridge club, the schools, and all the community things that have made Glen Innes and that whole community what they are—by taking out selected places and interrupting the community activities, the bridge club, and all those kinds of things. So there is a real need for us to take the community into account, and not just deal with the residents that are involved there.

Well, I have set up an office there to assist the process, and I have put two of my Kaitoko Whānau workers in. They have visited the houses of the people who are too frightened to come forward, and they have taken them to the Housing New Zealand Corporation to negotiate their service and stuff. Nevertheless, there is still that disquiet amongst the community that their whole community has been disrupted, that the people who meet there will not meet there anymore. It has been a really traumatic thing for them.

So although it is good that we are bringing more housing into Glen Innes and into Tāmaki, nevertheless it is a lesson for us that if we intrude into a community, we take the community with us. Kia ora.

There are so many issues here. Let's start with congratulating Housing NZ for their communications skills?

Housing NZ call centre failures horrify expert A call centre expert who ran a successful trial for Housing New Zealand's new call centre says he is "horrified" by its failures and the 0800 number was never meant to replace face-to-face contact.

This is the Department Pita wants to heap praise upon for their communication skills? Housing NZ has not kept locals in the loop, this is a Department that have been trying to send removal trucks in at midnight to take homes so the locals can't organize to protest.

Contrary to Pita Sharples claim, it is the protests against ripping this community out of their state home houses that have delayed for 6 months the moves against the 89 families still holding out. It is their direct action that has halted this dismantling of their community, nothing Pita Sharples has done has delayed it.

Pita is critical because of MANA's involvement in helping locals to organize and resist this policy. His criticism of the actions of those prepared to stand up is driven by political rivalry and his energies should be focused on criticizing the Department who are throwing these people onto the streets in the first place.

The Maori Party might be satisfied with crumbs from John Key's table, the people of Glenn Innes are not.