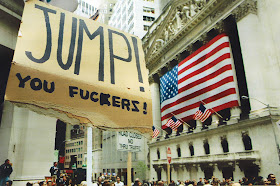 What is the Financial Transaction Tax? A tax that takes a percentage of every bank transaction, here the French have connected it to shares. It's an attractive idea because the bank records makes it very difficult for corporates to hide their cash from tax.

One of the problems we face in NZ is that the Government have starved off revenue to the state to force the amputation of public services while using the debt bogeyman to stop borrowing. A financial transaction tax raises revenue from sources who are adept at hiding their tax responsibilities. It's a tax that falls hardest on the 1% for the benefit of the 99%, MANA were the only party at the last election calling for this in the form of the Hone Heke Tax and we should watch the French example for ideas in 2014.