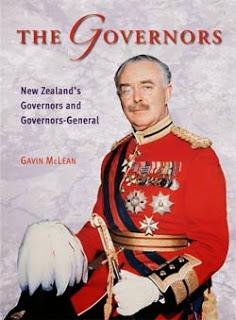 The debate around the constitutional progression - or lack of progression - has focussed recently on the relative costs of maintaining the current system of Governor-General (plus the royal family when they are in the country) compared to what the expenses will be with a president or other head of state under the presumed republican system that will replace it.  It's a trifling and trivial matter compared to what substantive powers the head will have - and the staff and resources adequate for whatever role it will be - but on the issue of salary I happened upon this today:


There shall be payable to Her Majesty every year out of the revenue arising from taxes duties rates and imposts levied under any Act or Acts of the said General Assembly, and, from the disposal of the waste lands of the Crown in New Zealand, the sum of three thousand five hundred pounds as and for the salary of the Governor instead and in lieu of the sum of two thousand five hundred pounds as provided by the said Schedule

You think adding the word General at the end would get you more not less.  $210k now compared to the equivalent of $352k back then means we are getting good value. The dry cleaning and uniform tailoring bills would also have gone south. No hat allowance anymore? 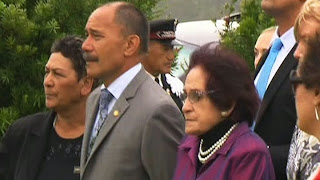