The Seduction of Toby Manhire and why Key is popular 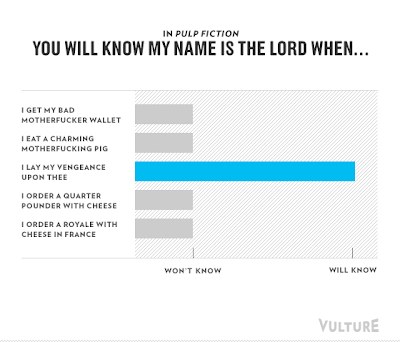 The Labour Party never managed to live up to their strategy for vengeance against Key this year after this chart failed to get through Caucus because David Cunliffe touched it.

Toby Manhire was brought into the NZ Herald as a new columnist to make the NZ Herald seem less fascist when it relaunched as a tabloid this year. His addition was alongside that of the far right Deborah Hill Cone who has thrilled us all with column after column after column about her divorce. Apparently the Devonport divorcee demographic is terribly important in the newspaper market, (the only joy in Deborah's columns is reading how a once well to do right winger is slowly realizing much of her dogma is false).

So when Toby Manhire has been seduced by John Key in his latest column, you know Mordor is on the march.

What Toby misses is the manufactured nature of Key's attraction.

While our country groans under the weight of 7.3% unemployment with 270 000 children living in poverty the Prime Minster dances Gangnam styles on breakfast morning radio.

John Key's ability to depoliticize himself into a pop culture youtube clip helps deflect any real scrutiny of his policies that punish the 99% while rewarding the 1%.

None of that impacts when the Prime Minister is marrying rock DJs live on air while discussing how often he uses the word cunt in jokes. Online news media are ruthless ratings followers now and if the PM dancing Gangnam styles gets 100 000 hits over a serious interview that only gets 5000 views, you know 'heeeeeey sexy lady' becomes the headline.

After watching firsthand the manufactured leadership coup at the Labour Party conference last month, I believe that you the citizen are getting manipulated perceptions as news rather than the facts and this explains in some measure why Key hasn't been dented in his popularity.

John Key is the vacant aspiration of a piece of cheese forever out of reach of the rat.

Key is our first cult of no personality and he ends 2012 smugger than ever. His baseless pop culture popularity while 1 in 5 children rot in poverty is to our collective shame.

Sleepy Hobbits get the leaders they deserve, and we deserve a leader as visionless and full of empty optimisms as John Key.

I couldn’t agree more Bomber, Key’s popularity remain a huge mystery and just shows how de-politicised and naïve the electorate is.
Key’s performances this week on various radio and TV shows showed his immaturity and his lack of dignity and respect for the position of Prime Minster. He is a disgrace and an embarrassment but too many Kiwis’ think he’s a good joker, go figure!!!

Spot on Bomber, and mean while we have the very passive David Shearer as opposition to fight him and Labour muzzle the best weapon to fight this hopeless and inept government. Labour are asking for Donations (I received the request today), well as far as I am concerned they can take a run and jump until they provide Cunliffe and his team with positions that they deserve and then we can all work together to deal with these clowns.

What's really interesting are the critical comments that follow - and the high ranking "Likes" are going to commentators who are dismissive of the "likeable John" crap.

It's reports like this that make me sick, who are you? Are you a journalist, a commentator or a sycophant? Key may be a fool but he's a likeable fool?

You and the other people who enjoy this rot are what is wrong with NZ."

It seems that the real critics are members of the public - and they're not afraid to call a spade a spade.

The only other political leaders that comes near him are also zillionaires who don't give a shit about what they do/say because they stay popular by pulling the right strings - Burlusconi and Thaksin are two that come to mind.