* The Constitution of MANA has been ratified and will be available on
the MANA website.
* MANA has a robust process in place to select candidates and list
positions.
* Key policy platforms have been discussed in the areas of Employment,
Health, Treaty Settlements, Environment and Energy, Housing, Welfare, The
Cost of Living and Taxation and Education. Policy platforms will be
announced over the coming months.
* The Executive of MANA comprises of Matt McCarten (President), Hone
Harawira (Leader), Annette Sykes (Co Vice-President), John Minto (Co
Vice-President), Raewyn Harrison (Secretary), Stephanie Harawira
(Treasurer). The Executive is joined by representatives from all 7 Maori
electorates.
* MANA will contest all seven Maori Seats.
* MANA will target General Seats, especially those that represent
lower socio-economic communities.
* MANA will embark upon a strong party vote campaign.

The big news is all seven Maori seats will be contested by Mana. The overtures from Hone and his intermediary, Willie Jackson, to the Maori party to co-ordinate some strategic alliance and do a deal over the seats have been foolishly rebuffed by the Maori Party. It is war now.

Annette Sykes and John Minto as vice-presidents shows a lot of power sharing has already been arranged. This is McCarten the fixer and the mastermind bringing in factions together and getting things rolling. The movement has come a long way in a very short while and this first AGM a milestone. Wish I had been there.

Today has been a great day for MANA and an even better day for Aotearoa.

We've had people travel up from all round the country, and we're rolling on to the General Election in November, with a simple message - MANA will go into the election as the free and independent voice for Maori, for workers and for the poor in this country.

Our research tells us that if every poor person in this country voted for MANA we would capture half the seats in Parliament, and we intend doing our best to give those people the voice they deserve.

MANA will promote policies that highlight the Treaty as the foundation of our nation, and the basis by which we can provide immediate relief to those in need and long term change that will return the power to those who do the work. [...]

That's quite clear where Mana stands and the working "poor" as a class takes the catchment well beyond a disgruntled and disillusioned portion of the Maori Party and a fair way into traditional Labour territory. The unenrolled and protest votes that often stay away from the polls now have the ultimate protest vote at their disposal.

[...] MANA will bring a team to parliament like no other in living history, and we invite those who believe in change to give their party vote to the only party with the courage to make the changes we all desire.

Today I can confirm that MANA will contest all 7 Maori seats.

Maori from right throughout the country are walking away in droves from those who partner up with the parties of the rich, and signalling that they want the strong and independent leadership in parliament that MANA represents, the kind of leadership that will generate the change that Maori want.

MANA will also target the General Seats, especially those that represent communities that have been savaged by cuts in health, education and benefits, because even the poor deserve to have a champion in parliament.

We have already fielded calls from our Pacific cousins, beneficiary advocates and people well-known and well-respected in their communities, and we intend investing serious time and energy into pushing our policies in those low-decile areas.

MANA will also be pushing a national campaign to encourage people to give their party vote to MANA because MANA will be the only party with specific policies aimed at reducing prices, creating jobs, sharing the tax burden and keeping our nation's assets in the people's hands.

I have been genuinely humbled by the number of bright and talented people who have offered their support to MANA, but I take on board the request from our electorates that they be given more time to complete the process by which they choose their candidates to ensure that MANA goes into the election with the best possible team.

MANA's list will reflect the people we represent, and I am positive that they will all be leaders in their own right. Some will be high-profile and as a collective I believe that MANA stands a real chance of attracting a good percentage of the list vote.

The energy at our AGM has been awesome. We now have a solid constitutional base, I have been reconfirmed as party leader, Matt McCarten is our national president, and John Minto and Annette Sykes have been appointed as co-vice presidents and spokespeople for MANA as well.

At last an alternative to the regime. Probably make a better opposition than a government party at this point however. It is a radical-activist political movement now, but it is capable of attracting beyond this core and may even prove to become an institutional presence in the same way the other parties are.

The potentialy volatile mix of personalities and cultures makes Mana an intriguing prospect for the Goffphobic desserting Labour voter, along with switching to the safer and more compliant Greens who will back Labour unconditionally.

As it stands Mana is placed to attract ex-Alliance, ex-Mana Motuhake, ex-Labour voters as well as about 60%+ of (ex-)Maori Party voters as well as the Red-Green Greens that Sue Bradford and her mates can pull across. That has to be worth 5% on a good day. Only if Mana looked reasonably certain to take five or six electorates should that party vote strategy change, but at present every electorate except for Tai Tokerau should be considered reasonably certain so that means it is the party vote all the way. A consequence of that will be raising party profile by standing as many candidates in the General seats as they can manage. In some marginals like New Plymouth the decision to stand may even have political leverage attached too.

They should be aiming to beat the threshold if they are after the party vote and if they are the people's party and that means the top 7 on the list - and preferably all the Maori electorate candidates - should be well respected within their constituency and high profile figures. Annette Sykes and John Minto will make fine candidates - as would Matt McCarten and Willie Jackson should they decide to get amongst it. They should be able to put together more than seven who will make a staunch alternative front bench for the left to ponder. 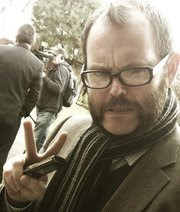 as brada! mean korero and can offer nothing more than my support! mana all the way>

I may not be able to Vote Mana - but a cheque to their election campaign can be just as useful.

I'd welcome a new Height of Irony; ACT loses Epsom and doesn't make it back to Parliament - and Mana returns with seven MPs!!

Alert Emergency Wards around the country: right wingers will be having coronaries from Kaitaia to Bluff!